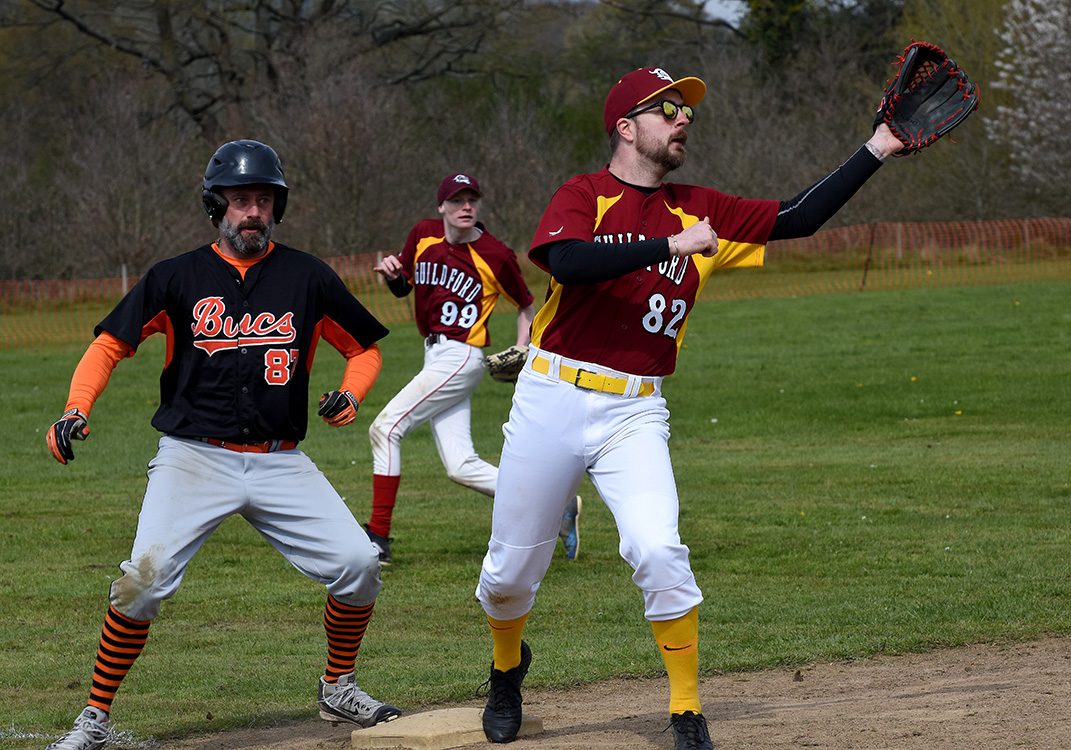 It’s mid-season and besides the obvious excitement over the Yankees and Red Sox coming to the UK for the London Series; let’s see what the Guildford Millers have been up to so far.

With a mid-season record of 5-9, the Millers are looking to take some of their new found confidence and at-the-plate aggressiveness into their forthcoming games against the Kent Mariners, South Coast Pirates, Kent Bucs and Tonbridge Bobcats.

A very chilly and overcast opening game away to Kent Bucs saw the Millers struggling to find their feet after the winter and with strong plays by the Kent team, the Bucs took both wins. With fresh rookies in the ranks, up stepped Josh Steele to make his pitching debut. Unfortunately Josh went on to injure his rotator cuff and has so far been absent for the duration of the season so far. We wish you a speedy recovery Josh. Splitting game 2 the Tonbridge Wildcats played a good first game taking the win 8-13. Game two however saw the Millers fight back with some impressive defensive plays by Toby Allan on 3B  and our RF Stephen Brown making a great aggressive 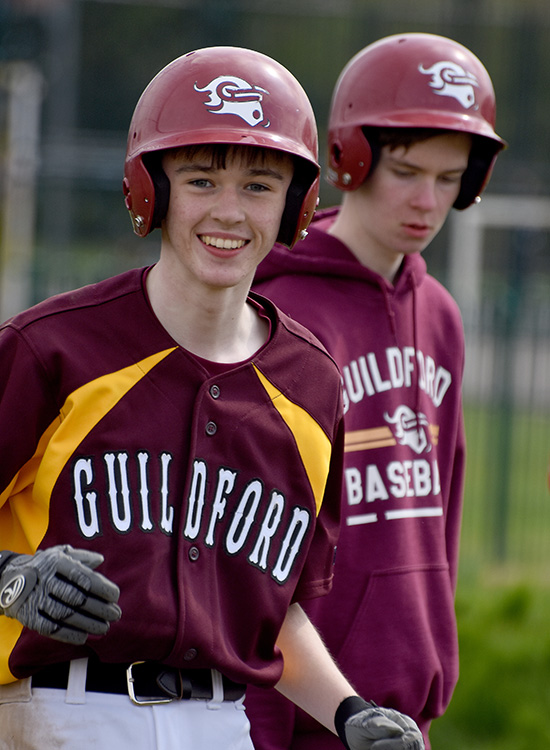 sliding catch for a flyball.

Game 3 the Millers travelled to Brighton and took another split, with a real nail biter of a second game as we edged out the home team by a score of 8-6. It’s a team game but in this instance notable credit goes to pitcher Tom Sullivan whose focus and tenacity was a huge contributing factor to the game 2 win. A sunny day and yet another split for the Millers as game 4 was against the Tonbridge Bobcats. Taking the second game of the double headers each time it seems all the team needs is just a little time to get dialled in, as performances have been notably better in Game 2’s than they have been in openers 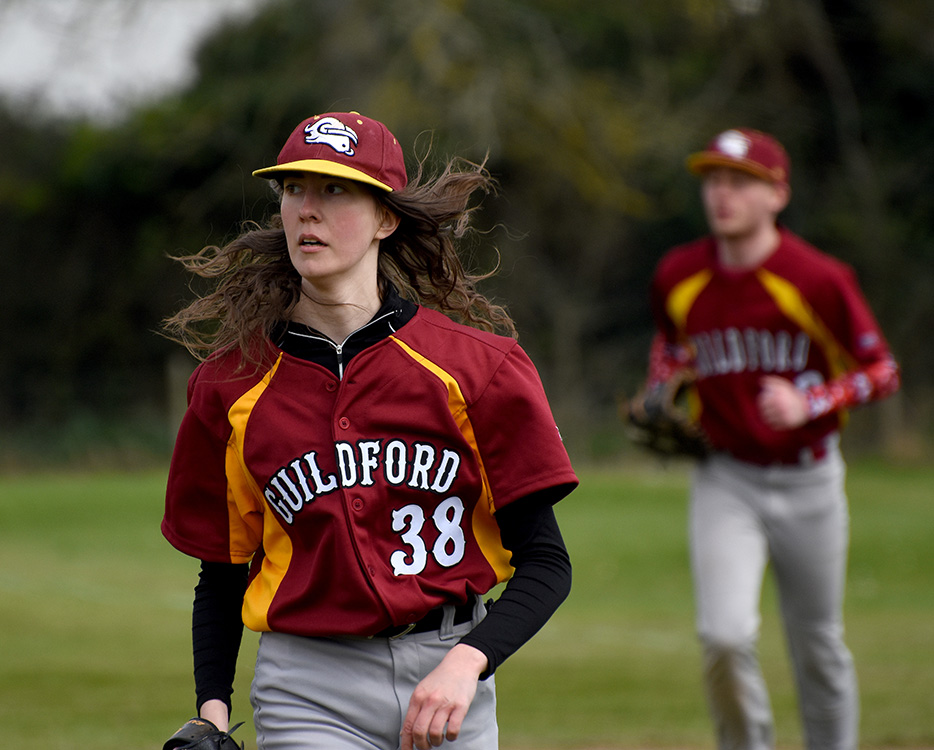 However, come mid May it seemed as though the team turned up to the diamond already dialled in. Game 5 at home against the Kent Mariners, the Millers rallied together, team confidence oozing across the diamond from the first call of‘play ball’ and a dominating performance followed. With the Millers taking both games with an impressive 15-8 and 12-3 wins. Well done to Toby Allan for his first ever HR (Game two) and also to Mike Payne for his HR in game 1 and for being only a triple away from the cycle.

Game 6 saw the Millers face off against the Tonbridge Wildcats for the second time. Though after taking the split last time and despite a late push by the Millers in the 4 and 5th innings of game 2; Tonbridge held no quater and cleaned up wining both games. Next up, and following a scheduling conflict that should have seen this as a home game, the Millers found themselves back on the road heading back to Brighton. Having taken  the split last time, the Millers were hoping for the same or better this time around. However it was not to be. Brighton’s pitching was just too good and extremley consistent too, which saw them take the win in both games. The first one a one hitter, with only debutant Jack Burdett able to get on base safely.

It’s been a learning season again at times, although this is to be expected, as Single-A allows those completely new to the game, as well as those moving up from the Juniors to get playing time from the off. It has been pleasing to see so many new faces in the first half of the season, with debuts by Josh Steele, Christoph Berenger, Stephen Brown and Jeremy Neads, and Juniors such as Elliot Collet, Kieran GIll, and Jack Burdett all moving up.