For the first time in 10 years, the club fielded two teams in the BBF leagues in 2011. The 1st team (Mavericks I), continued in Double-A and compiled a 16-4 record, finishing in 1st place in Pool B, which was the clubs 3rd first place finish in it’s history. Although Pool A winners the Latin Boys got the better of the Mavericks in the southern regional final, it was still the second best record achieved by the club, behind that 1999 team.

Mavericks II, competed in Single-A, under manager Ben Stobart (in only his second year with the club). They posted a very respectable 5-8 record, which only Southampton bettered, of all the clubs with second teams.

Both clubs also took to the field in the clubs new Cardinal and Gold colours, which replaced the old Navy blue, white and red, colours that had been worn for the last 8 years.

The club was also able to blood many new players to the game across both teams, with the debutants this year being: David Austin, Chris Matthews, Chris Ward, Graham Sedge, Tunde, Gillian Conway, Will Frawley, Jorgen Lovbakke and new first team coach, Tony Oliva, who also donned the playing uniform on a couple of occasions on the field of play, and proved that age is no handicap, as he drove one over the RF fence in his second AB.

Off the field of play, the club had the boost of the Shere re-enactment and related demonstration in the Surrey Youth Games, which all game off the back of the publicity generated around the news that the first ever recorded written work of baseball, was just down the road in Shere, by William Bray. Not only was this a high profile event at the Youth Games, but we also appeared on TV and radio, as well as local media. 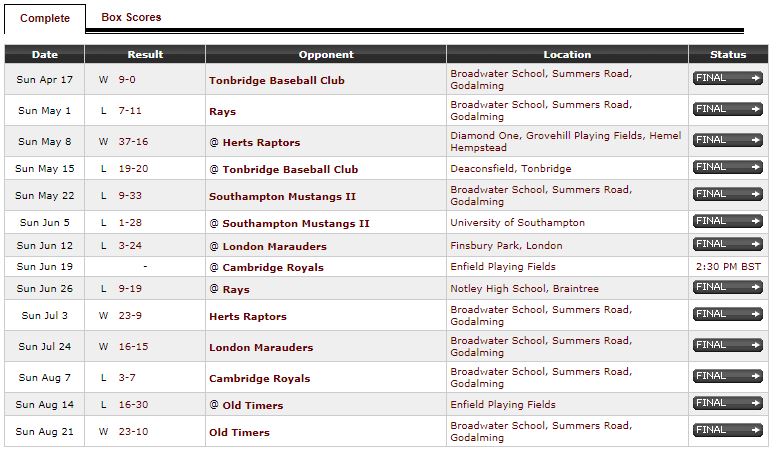 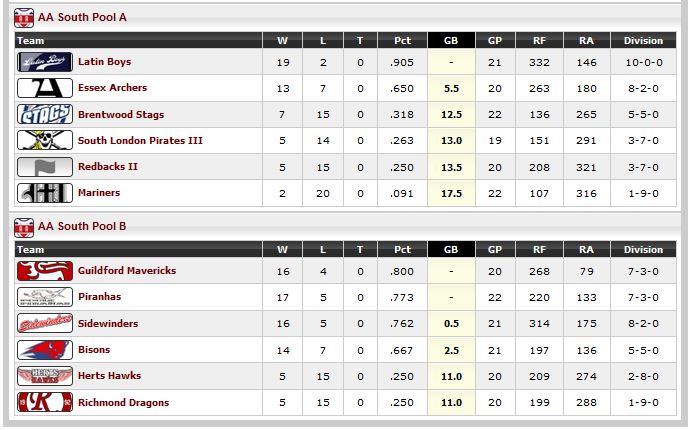 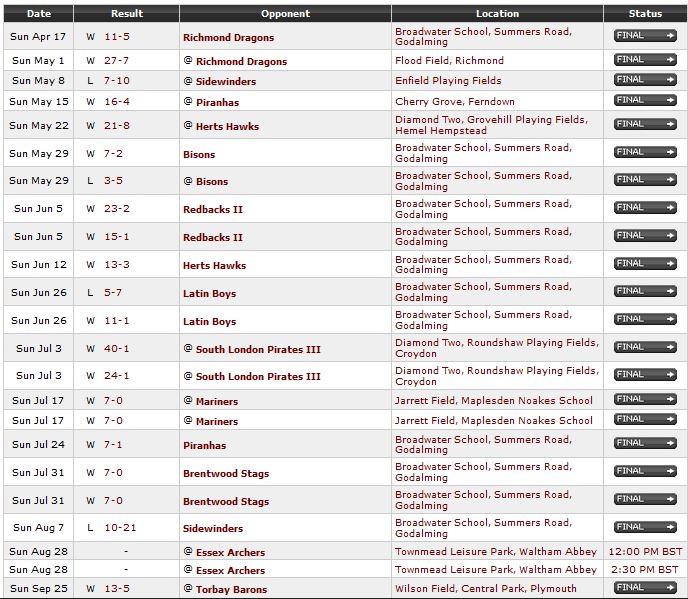 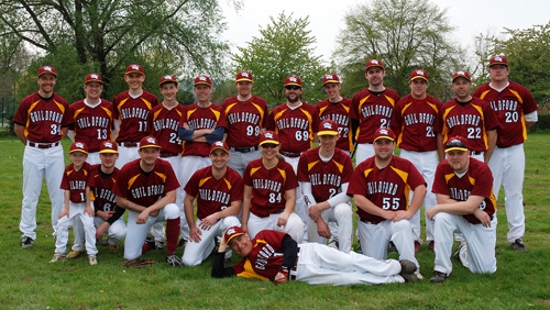