In 2012 Mavericks I went unbeaten during the regular season for the 2nd time in club history, however they were unable to follow this up with a title, as they lost out with a very below par performance to Herts at the semi-final stage of the play-offs, having dispatched Daws Hill to begin with. Nevertheless, it had been a very strong regular season, as they outscored all their opponents by an average of 16-2. Kevin Zanes was dominant on the mound, and the squad played the whole season using just 12 players. The 2nd team also had a winning record in Single-A with a 6-4 record, finishing 3rd in their division.

Tony Oliva continued as head coach for the second year, and not only was the playing record improved, but the play on the field was getting better as well. Defensively the team were well drilled and made few errors, which can be attributed to the drills he put the squad through.

The ground at Broadwater School was developed further, as Richard Williams was able to take advantage of contacts within the professional game on the other side of the pond, to improve the playing surface and diamond, to a standard above the level the club were playing at. 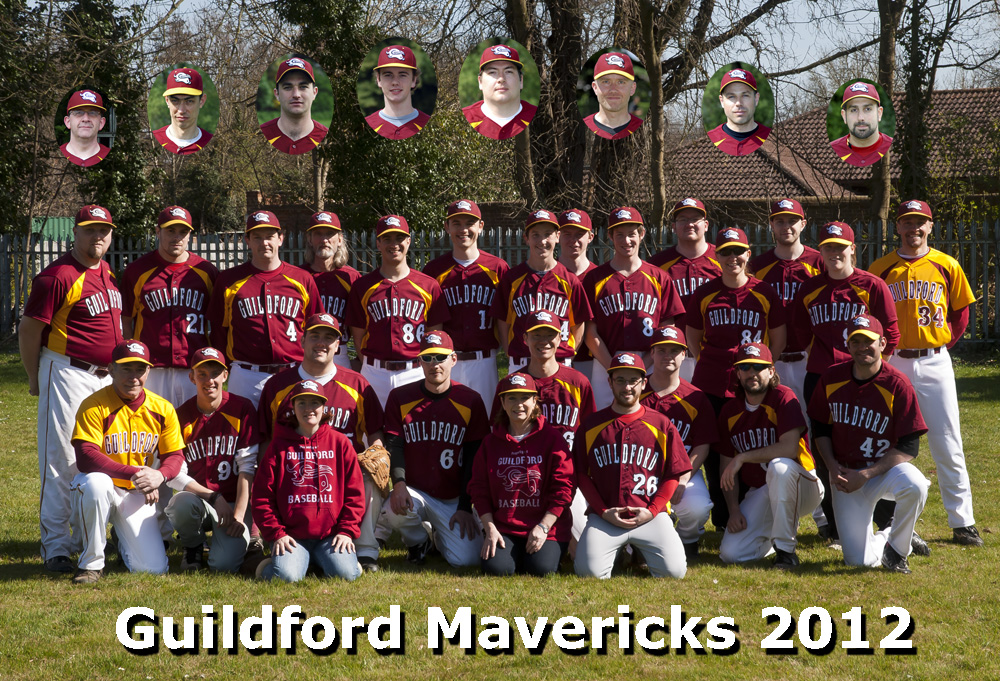 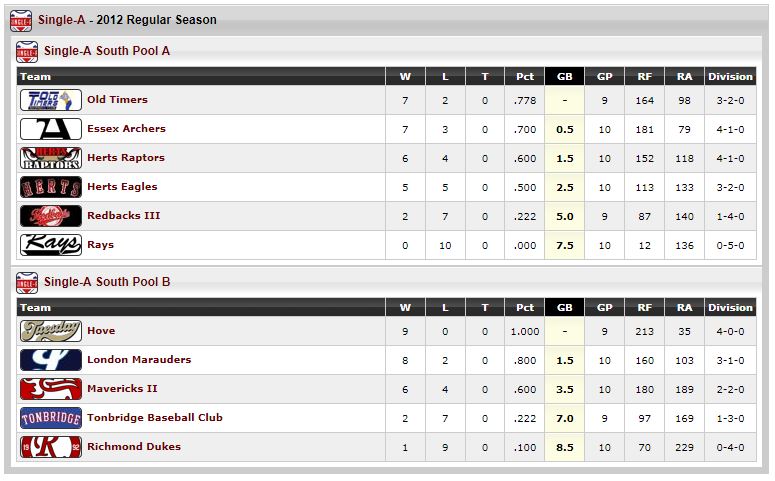 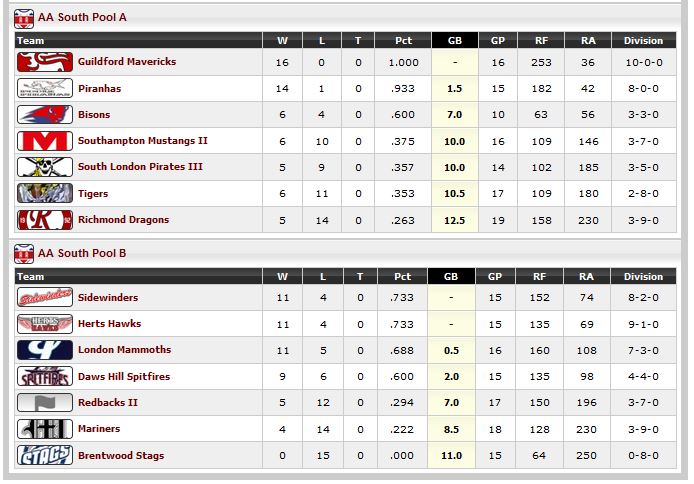 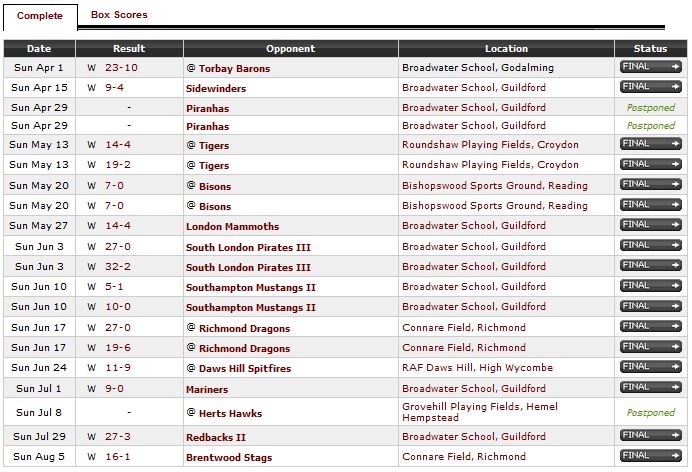