2013 will forever be remembered as the season that the club lost the use of the main diamond at Broadwater School, due to a single resident complaining about the noise at weekend (despite the fact his house was situated between the school and a leisure centre!). As such the 1st team played all bar their first game on the road, whilst the second team was forced to use a flat all grass diamond in another corner of the field, for their home games. Despite this, both ended with a winning record, and the Mavericks yet again qualified for the playoffs.

It was also the final season at the club for Coach Tony Oliva. But yet again the team failed to deliver him a title he so richly deserved, as they fell at the penultimate hurdle on finals weekend, losing out to the Hull Scorpions and Grant Marshall, despite some home run heroics from Pawel. Somewhat surprisingly, Hull lot out to Brighton in the final. 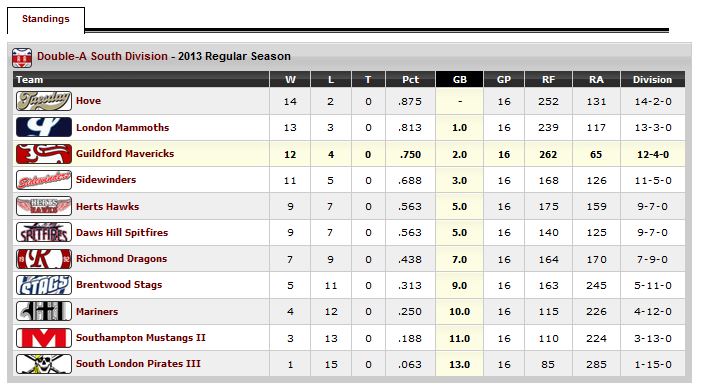 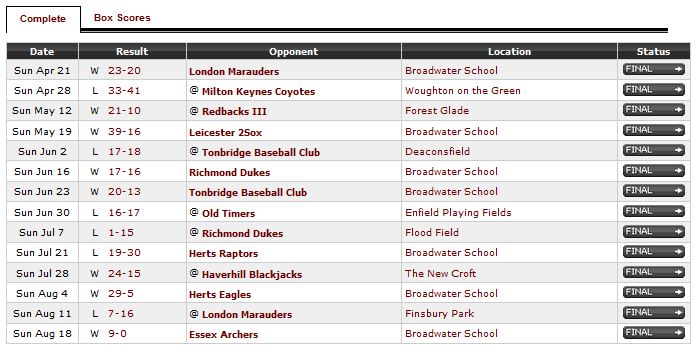 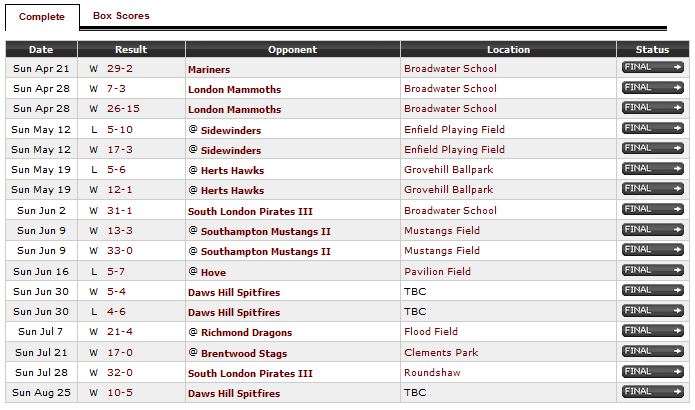