The 2014 season, saw the club running just a single team at the Double-A level, after the loss of coach Tony Oliva, who had departed in the off season to Richmond. However it was not the last we were to see of Tony, as so often happens in sport, the two teams were drawn together in the first round of the play-offs, at Richmond. Not surprisingly it was a hard fought game, as the Richmond team also contained a number of ex-Guildford players, that had made the move with Tony, although it was the visitors who prevailed and advanced to the next round.

The season had also seen a move to a “new” ground. With the dispute at Broadwater being settled in favour of the NIMBY, the club had fortunately been able to secure at least a temporary move back to Christ’s College, which had been the club’s home until 2009. Although not able to develop the field, due to additional pitches having been added since the last time the club were there, it was possible to put a full size field in place.

On a less happy note, was the new that former catcher and soon to be club HoF inductee, Heather Armstead, had been involved in a serious accident during the season, that had left her without use of her arm. But in a spirit that was shown in her playing days, she was nothing if not resilient, and has continued to fight back 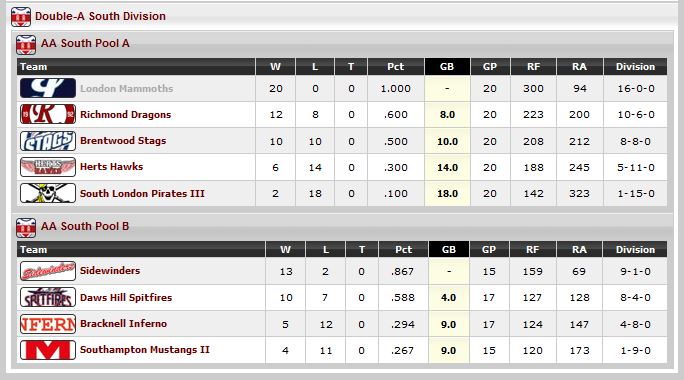