The 2020 British Baseball season, was unlike no other. With the effects of a lockdown resulting from a pandemic, delaying the start of the season, and curtailing the pre-seaon after about 6 weeks, the only baseball that was possible was 5 weeks from August until early September. It was a hasitly organised BBF season, but thanks to flexibility by the clubs and gnhe BBF itself, it was at least possible to get some playing time in 2020, which was more than many sports managed.

Thhe club decided to field just 2 teams in this re-organised league structure, as it was not known early on, how many players would be able to/want to return. As it turned out, it would have been possible to field 3 teams, but with everything else going, it probably made sense to stick with just two. So the Mavericks registered at the AA level and the Millers at A. The league structure itself, was simplified in order to minmise travel, and all games were made DH’s in order to maxmise playing time. 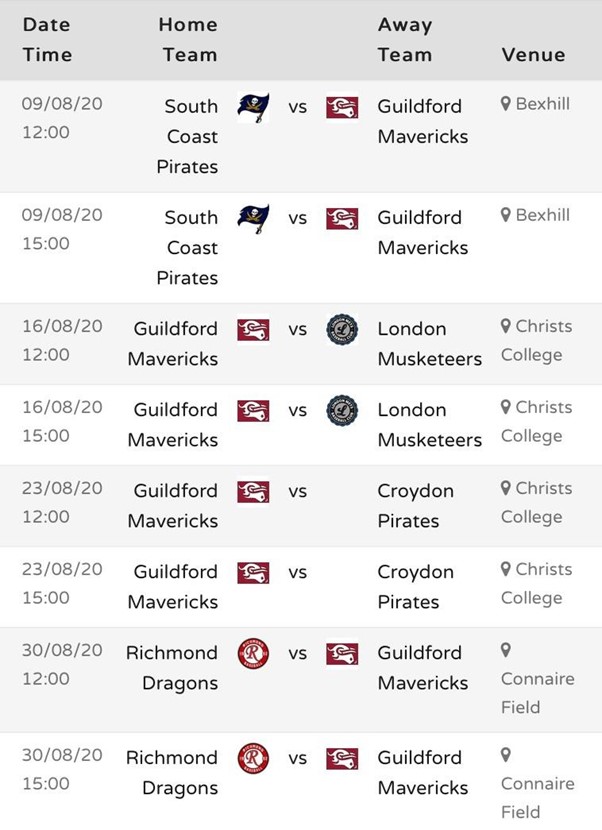 The Millers split their season 5-5, winning one and losing one game in each of the DH’s scheduled. With a squad of almost 30 players it was possible to field a different starting nine for each game, and enabled everyone incliding some new players, to get time on the diamond. The standout memory of this shortened season, was the appearnce for one of Guildford’s adult teams, by a number of players who had come up through the club’s junior programme. At various points during the season, 10 different ex-Juniors played for the Millers (Ben B, Brad M, Hamish C, Jack, B, Kieran G, Mathieu B, Matteo B, Myles B, Oscar G, Owen M), and that is not forgetting the 5 ex-Juniors that played during the season for the Mavericks. But of course, it was not just a story of youth, as despite the shortened nature of the season, the Millers were able to give debutst to 4 new players to the club (Jess V, Lee B, Paddy J, Peter S) along with all those who returned from the previous season. On the pitching front, Jack B lead the way, with the 5 wins, but was ably supported by Myles B and Mike P, although going into 2021 and a more complete schedule, this is one area that will need to be developed with more pitchers needed to deliver DH’s every weekend. Offensively the inexperience showed, and it was mostly down to the veteran experience provided by the likes of Frank M, Christian S, Mike P, Stephen B, Dan R and rookie Lee B, who lead the way. Although the play-offs were missed, that was really not the point of 2020. After losing much of the summer, the aim was just to get everyone playing again, and to this end it proved very succesful 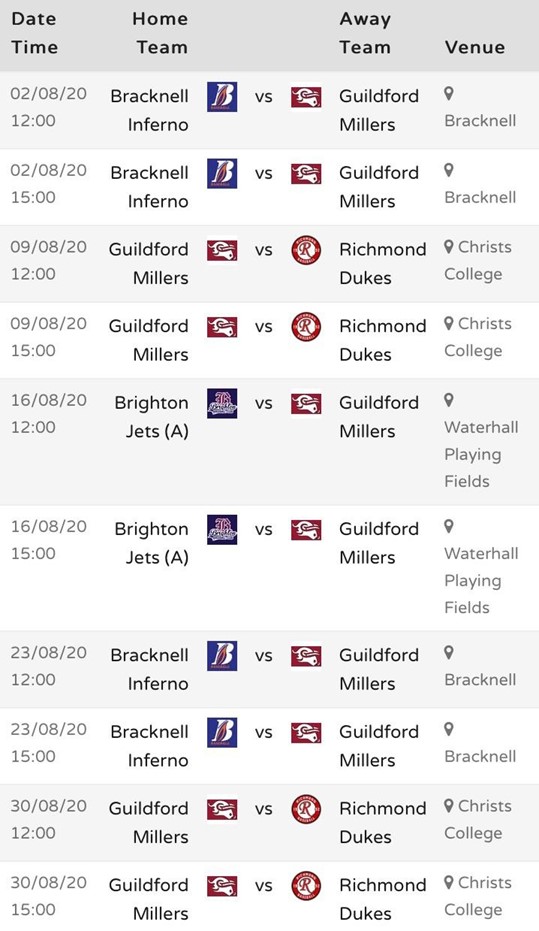