Surrey is not only the first place the term baseball was recorded in writing, by William Bray, in Shere, but it was also where Babe Ruth paid a flying visit to the country to boost morale for the US and Canadian troops in the lead up to the D-Day landings in 1944.

British troops, in the months leading up to the landings were stationed in and around Aldershot, the home of the British army, and about 10 miles to the west of Guildford. All the US and Canadian troops were camped a similar distance to the south of Guildford on Witley Common, which today, is split by the A3. 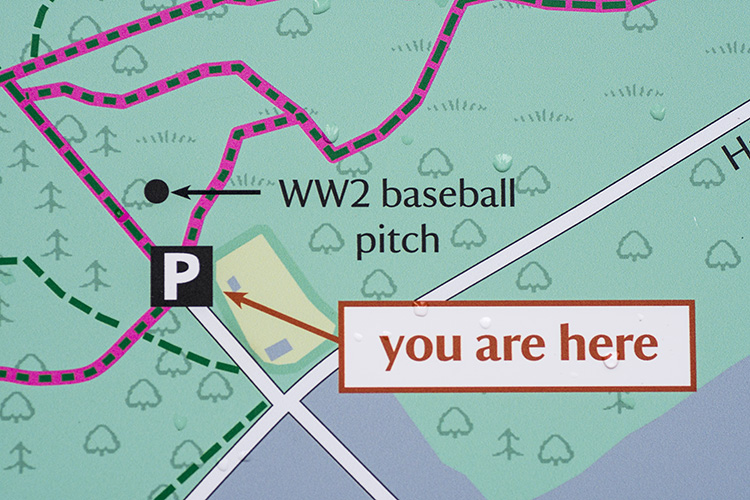 With troops a long way from home, there was a procession of entertainers and sports starts flown out to talk and perform for the troops, and none probably more famous than the Babe. 10 years since his retirement from the big leagues, Ruth was nevertheless still an imposing figure, and would certainly have been well known amongs the troops.

Whether or not he joined in a baseball game whilst over here, can only be speculated upon, but what there is no doubt, is that there is an area of the common, which was reserved for baseball and other recreational activity, especially baseball. A relatively clear, and flat area can still be seen today, if somewhat overgrown. Accessible from the National Trust car park on Webb Lane, it is found to the north side, and slightly towards the A3. The National Trust sign by the car park indicates where the baseball was played.

So why not pay it a visit, and walk in the steps of the Babe 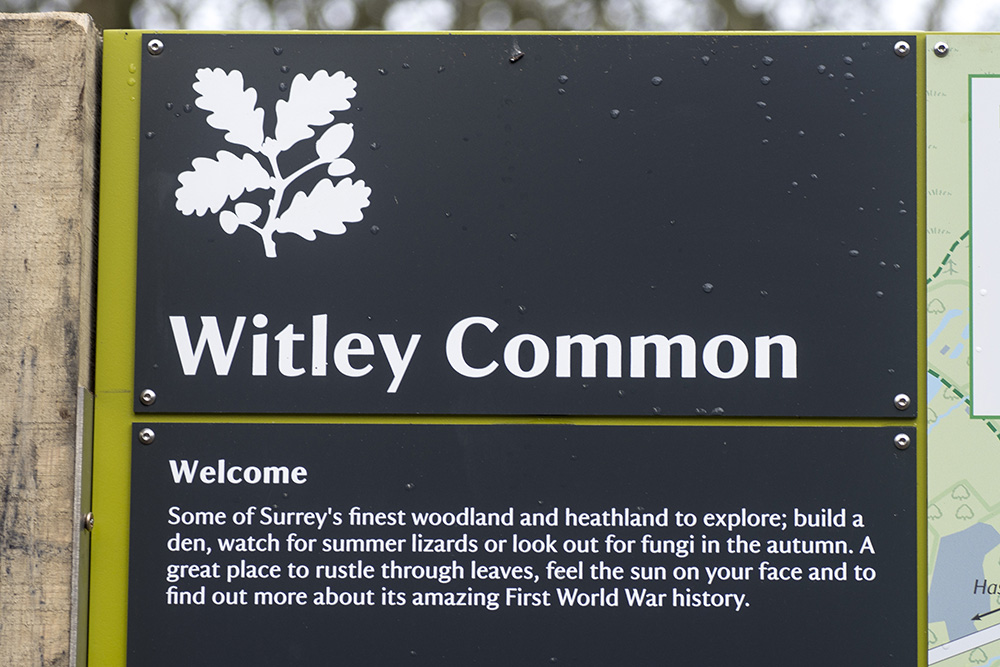 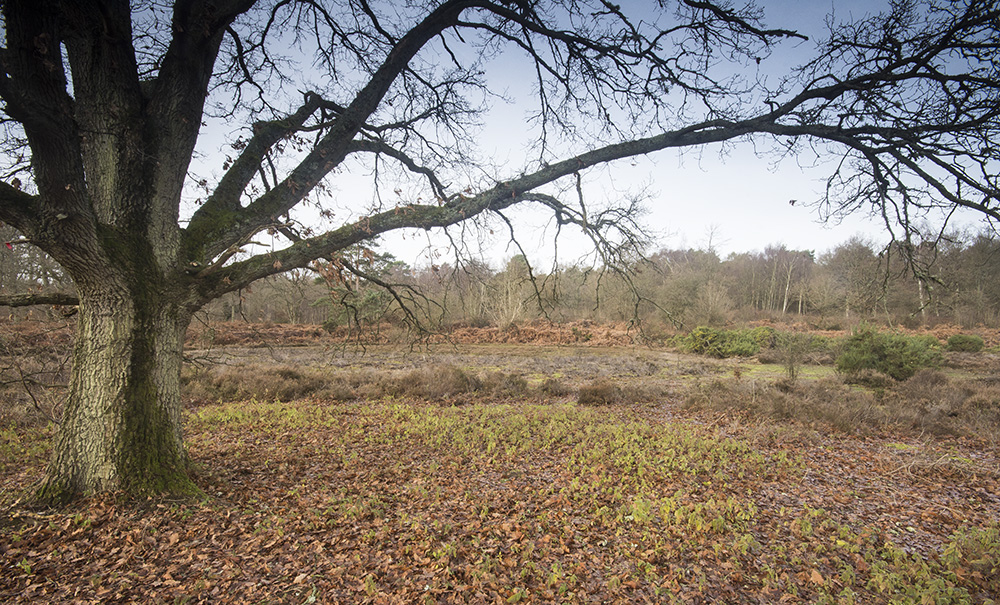 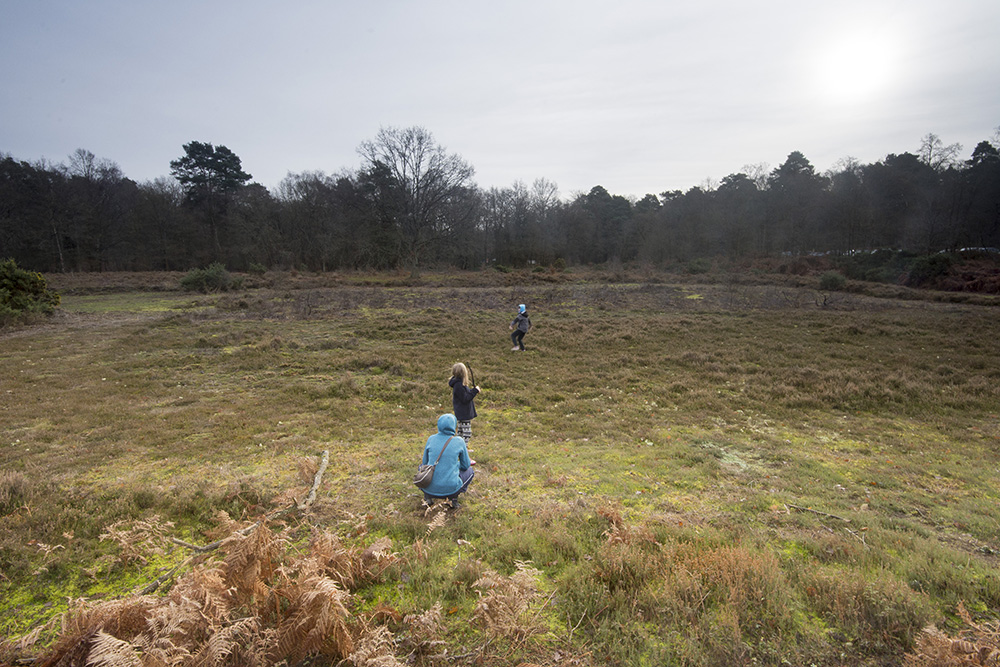