Guildford Baseball and Softball Club have established a new way of honouring the greats players of Guildford Mavericks history by creating the Mavericks Hall of Fame. We hope this place will celebrate the club’s greatest players in a setting worthy of their distinction. 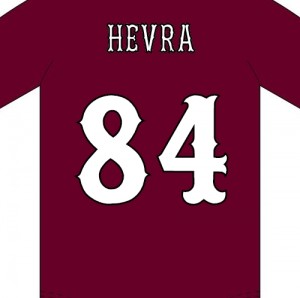 In 2014, 25 years into the clubs illustrious history, Heather Armstead became the first Mavericks player to be inducted into the Mavericks Hall of Fame. Players and staff selected Armstead for induction after she announced her intention to retire from baseball.

The Hall of Fame induction ceremony was held at the 2014 End of Season awards at Bills Restaurant in Guildford where the Mavericks family got together to celebrate a successful 2014 and to celebrate the baseball career of the great Hevra.

The announcement was made by General Manager Michael Burdett that the number 84 that has graced Hevra’s jersey for her whole career as a Maverick, will be retired by the club.

Hevra has been with the Mavericks since 2003 and played for a few other teams before spending more than a decade on the Mavericks roster.

The end of season review for 2003, had this to say about Heather after her first year..

Heather Armstead – Joined the Mavericks midway through the season having started in the Bournemouth junior team a few years ago (no I’m not making any guesses how long ago, as I’ve seen Heather swing a bat). A very good glove both behind the plate and at first base, makes her one of the most fearless (being an outfielder, I prefer the term stupid – MB) infielders, and has no problem getting her whole body behind any errant throw. Has yet to realise that celebrating each out as though we have just won the World Series probably tells the opposition something about our defensive ability (or lack thereof).

Heather outlasted all fellow rookies that year (Marty Poulter, Ally Carr, Gavin Tunnell, Castor Maduro, Koichiro Furukawa, Ramon Godlewski, Dan Wilson and the Mullard brothers) except for one….the venerable Dr Jones! Aside from that, not much changed over the years. The glove stayed as dependable as ever and the Mavericks to this day, still celebrate strikeouts….in case the next one is a long time coming!

Among the pitchers Heather has called games for over the years include Pete Hammer, Ben Mullard, Karl Grigor and Henry Collins in her early years, through the likes of Tom Sheridan and Ally Carr (yes really!), to more recently Rob Wheeler and Matt Bruce.

Other Mavericks had these words to save about Hevra on her induction.

“She is the heart and soul of game day. There is no better positive influence on any environment, than Hev being part of it” – Chris Ward

“Hevra was the first Mavs player I met and welcomed me to the club. She always played the game in the right spirit and brought a positive attitude to every game and training session – Dave Austin

“One of the best defensive catchers we have ever had. Her glove work was second to none, and you could tell she had been trained the right way during her junior days at Bournemouth. We only had to worry about wild pitches and not passed balls, with Heather behind the plate” – Michael Burdett

“It is fully deserved for Heather to be the first member of the Mavericks hall of fame. Over the years she has been a trooper with her commitment to the team and has shown the great team spirit that any team needs. Whether that is to make a good game better or a bad game more palatable, she is a pleasure to be with and not bad with the glove either” – Ben Stobart

There was a runner on 3rd somewhere about mid- to late innings and the score was close. Hevra, Slayer of Mortals was behind the plate. A ground ball was hit into the infield and the fielder chose to go home as the runner was trying to score. Hevra caught the ball standing in front of the runner coming down. He slid, Hevra made the tag, but his slide took her right off her feet, launched her into the air and she came down hard. Winded, back in pain, she still held her rudely labelled glove (only some Mavericks players know what’s written on the inside of Hev’s catcher’s glove) into the air to show the umpire that she still held the ball. “Out!” “Time!” Gathering around Heather gasping for air. She was OK after a few tense minutes, but needed a rest from the catcher’s spot for a while. One tough cookie! – David M. Jones 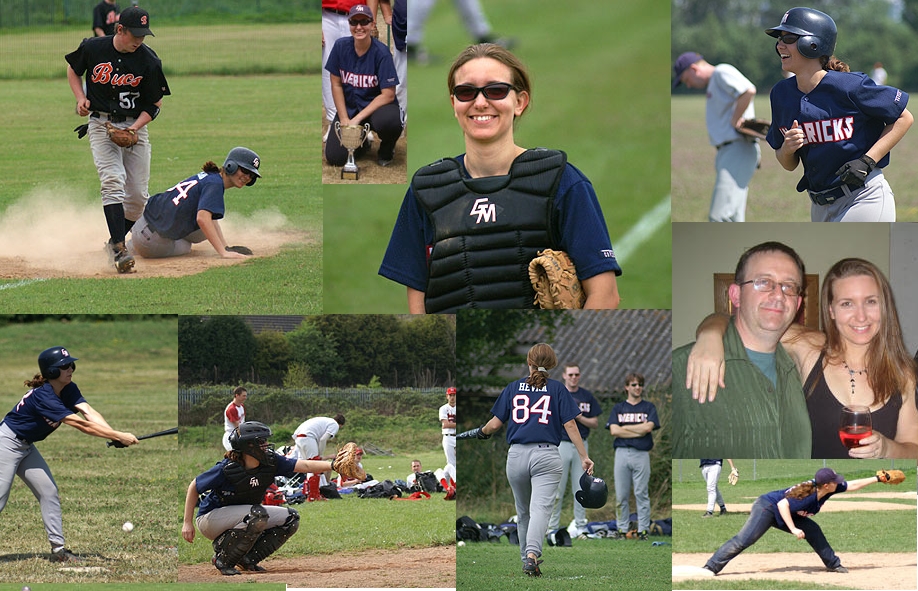 At play in August 2008, including rare Runnin’ Hevra shots. 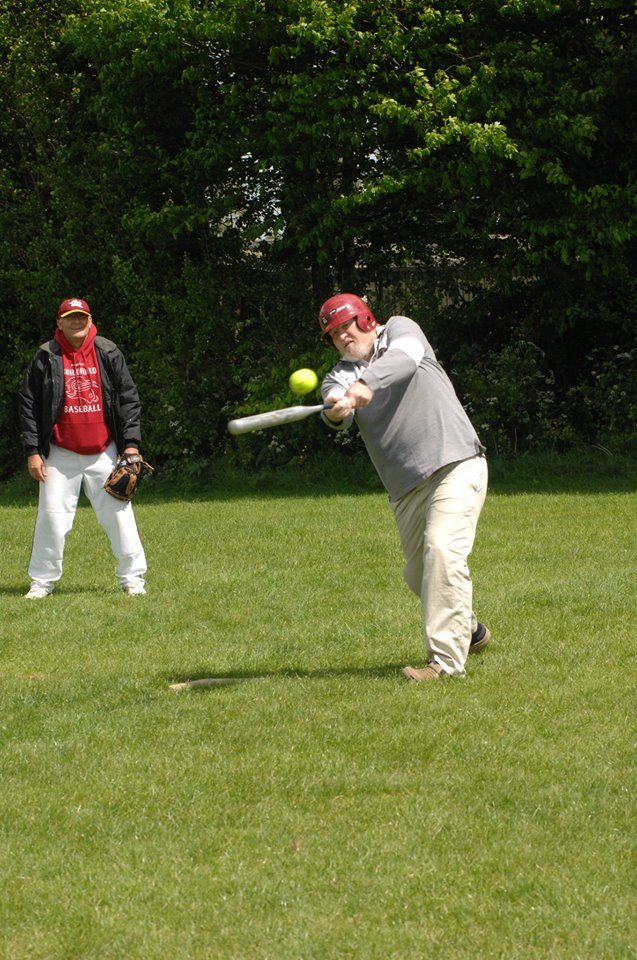 Richard is the newest inductee into the Guildford Baseball Hall of Fame, and perhaps should have been the first. It was Richard, who along with some friends, based in Guildford, who decided they wanted to form a baseball team, back in 1991. Not only did they get this venture off the ground, but they started what is now the 4th longest active baseball club in country.

Richard has taken many roles over the years, from those initial ones, where it was very much hands on, digging the cut outs for the ground  and building the backstop, as well as playing, marketing the club, and everything in between. He also found time in those early days to encourage youth baseball in the Guildford area, some of whom are still playing the game today!

Having taken a break from baseball in the mid 90’s as his family were growing up, he returned in 2009 to run a new junior section at Broadwater School (the Bobcats), which soon became established at the Guildford Youth Baseball, which today, has over 60 members, and growing every year.

He was also instrumental in obtaining permission for the adult club to move to Broadwater, whilst Christs College was developed.