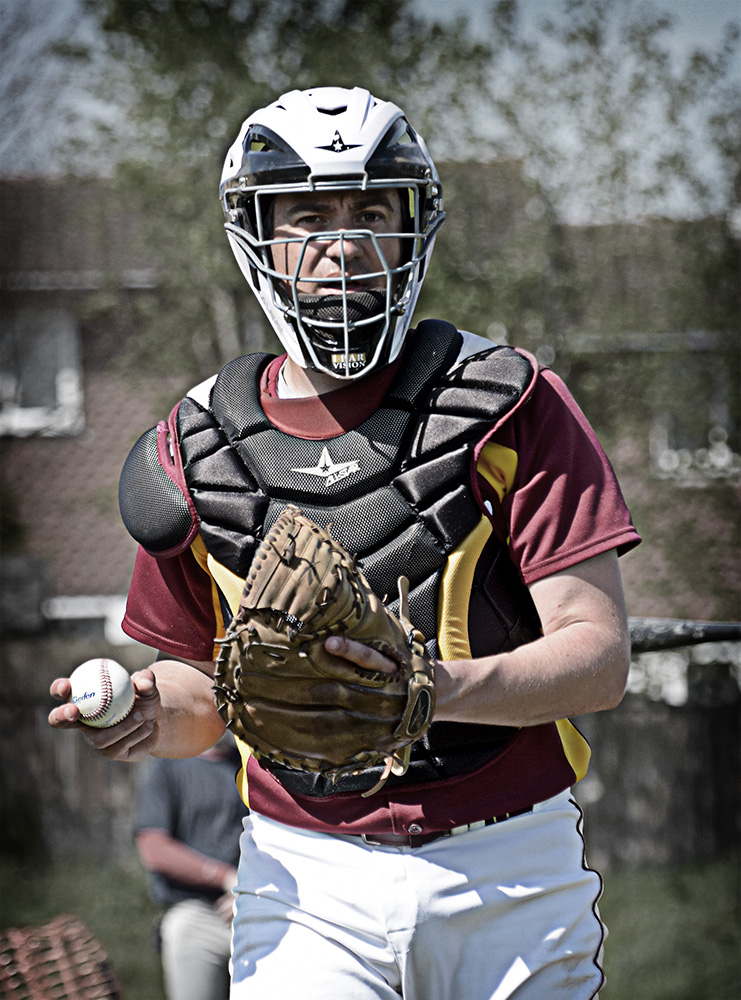 If his job in sales does not cause him to be on the road more than most, then Guildford Millers Team Manager, Ben Stobart adds to his annual mileage total, by travelling from him home in Andover to play for the club. Having joined the club in 2010, and Ben is mostly found donning the tools of ignorance behind the plate, although has been known to play every other position on the diamond at one time or another

Visits to Wrigley Field and the old Yankee stadium was what set Ben on the path to this great game,  but the real push was that real baseball proving ground – the Play Station! A glove was soon purchased, a club found, and the rest is history

From a rookie in 2010 to managing the Miller’s team in 2016, he reckons his biggest challenge is arriving on time and remembering his lunch! Ben enjoys the physical and mental aspect of the game and the constant involvement that catching and managing brings…it certainly keeps him on his toes on game day.

A desire to see the game evolve from a minority sport into a more accessible sport in the UK, would be one of Ben wishes for the future. Up to this year, it had probably been matched by wanting to see his beloved Cubs win the World Series. But now that has been achieved, he is now just looking for his favourite football team, Crystal Palace, to win the Premier League (I suspect he may have to wait longer than 108 years for that! – ed)

A follower of other sports such, as Rugby, Cricket and Motor Sport, his earliest sporting memories include watching QPR at dinner time, on TV…. doesn’t remember much about the game, but the food was great!

Probably Ben’s most cherished possession (until he wins the Millers MVP award) is his motorbike endurance racing trophy he won in 2006 “I put a lot of hard work into that”.

Best sporting experience was winning the Bracknell playoff victory in 2015, when the Mavericks came from 5 runs down in the bottom of the 9th, having been behind for the whole game. On the flip side, his worst experience was any one of his recent injuries, which have disrupted several seasons. The running total at present includes, breaks to his wrist, ribs and thumb, although aside from a hernia, 2016 was injury free!

Ben’s dream team would contain anyone who tries hard, has fun, keeps their head up and wants to improve, which itself, says a lot about how Ben approaches the game.

Playing and managing in Baseball has taught Ben amongst other things, diplomacy, tactical awareness, rules of the game and of course the skills to play the game. “It can be frustrating at times, but there’s a lot of fun to be had in baseball.”

As a final word, Ben would advise everyone to “Have a can-do attitude and apply yourself and you will get a lot more out of the game”.