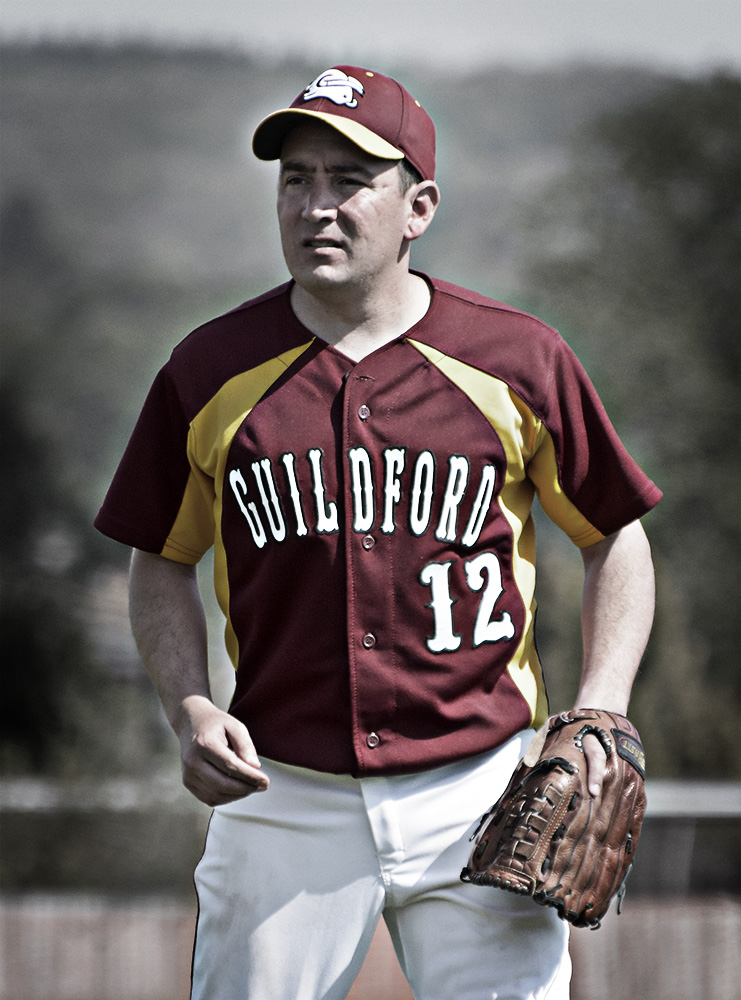 Brett Lowry, 33, British/South African, Network Rail manager, who will play in any position as long as he gets a game. He started playing baseball aged 6, following in his baseball playing father’s footsteps. Brett gets prepared for the game by playing cars with his son and listening to Heart Radio! He would like to train more often but travelling long distances makes it difficult.

Brett’s earliest sporting memory was receiving a football trophy for most improved player aged 7. Brett made the united schools sports Association of South Africa Baseball team aged 16 and played for his local Provincial major League baseball team in Johannesburg. Getting a taste of a Major League tournament being a career highlight. The lowest point being hit in the eye by a baseball.

Brett gets excited before a game, stays positive and works hard for the team, setting targets to succeed. Being patient is important to Brett who says individuals don’t win games – it’s playing as a team that counts. Sammy Sosa is Brett’s inspiration and Brett says enjoy every game you play because you never know when it’s your last