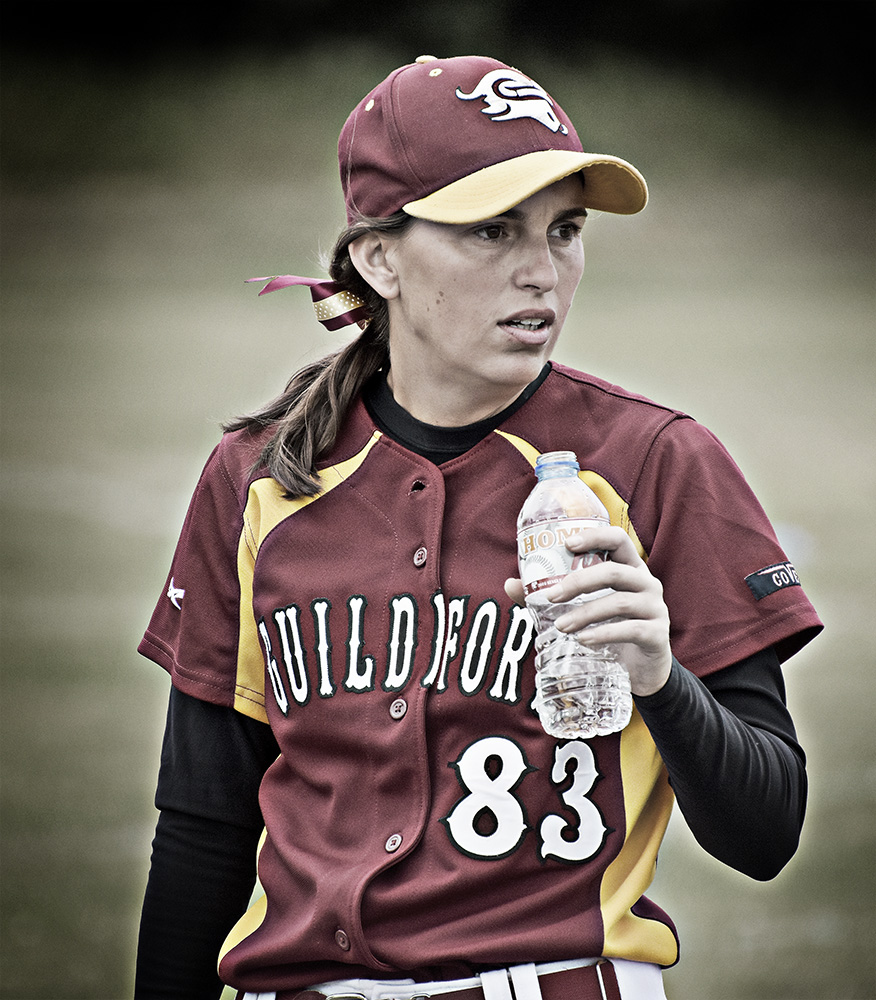 33 year old, South Florida native and current 2nd baseman for the Guildford Miller’s,  Laura Bailes joined the Guildford club in the 2015 off-season. Although a fastpitch softball player through and through, having played at college in the US, she has adapted her to the baseball diamond very easily although says the most challenging difference is the hitting in baseball.

Before a game, Laura enjoys listening to Country and Rock & Roll classics, and would have a Dixie Chicks number as her walk up song. A longstanding superstition she has, is tapping the edge of the plate twice with her bat before she faces the firsts pitch. She is not convinced if it helps or not, but until proved otherwise….!

It is the general atmosphere around the squad, where everyone is made to feel welcome, that she most enjoys. “Everyone is very supportive and I’ve made many new friends”. As with any team sport, there is plenty of banter on game days and in training, and Laura gives as good as she gets.

Whilst she loves the Miller’s equally, she singles out Ben Stobart who can put a smile on anyone’s face no matter what (is that for his batting style?…ed) , and Tetsuro Shinkawa for the way he inspires others!

Laura’s greatest sporting achievement is being a NCAA collegiate athlete, whilst she highlights come from behind rallies and wins, as being the best part of the game, as it creates a great team experience. On the flip side mental mistakes and injuries are the most frustrating aspects of the game, although fortunately for Laura, not very common.

Always positive, and bossing the infield around with her constant chatter, Laura has learned in baseball you should never give up  and as she says with a top tip from a well known film….

“There’s no crying in baseball!”