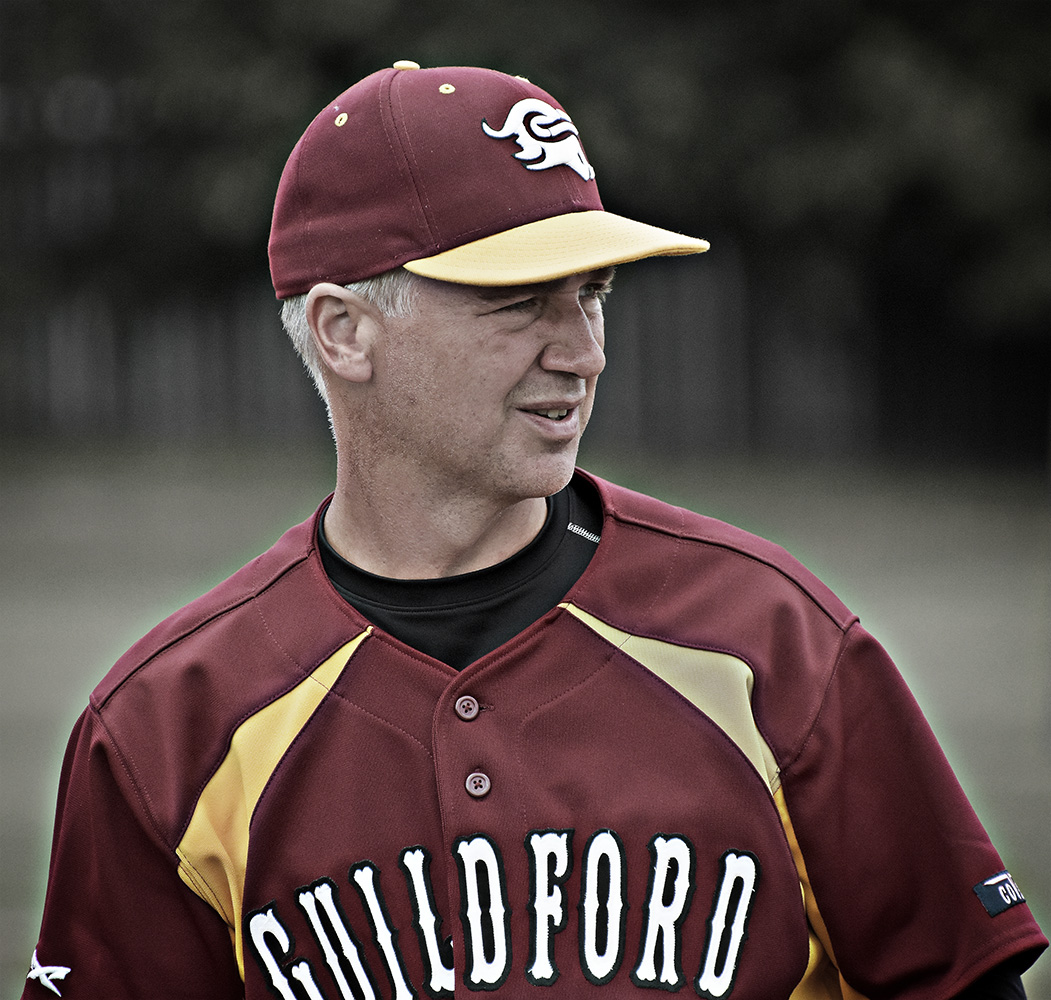 Guildford Millers Most Improved Player in 2016 was Tim Bawden.

Tim, 45, and a carpenter by trade, joined the club in 2016, following on from his son Lewis having joined the clubs junior section, the year before. This is the first time Tim has played baseball since school days, and having played catch with Lewis, during his junior days, the bug bit, and Time decided to take the plunge and sign up to play in the adult teams. As Lewis moved up from junior to senior level, Tim found himself playing alongside his son, becoming the 3rd father and son team in club history, behind the Robert’s and the Shaw’s. Tim also participated in the winter baseball and softball training programme during 2015/16.

Tim is very proud to have the opportunity to play in the Millers team with Lewis, especially when Lewis plays well and out performs him! It’s good exercise – and compensates for eating cake and chocolate! But is also therapy for Tim, as hitting a baseball is a form of anger management control.

Not only does he contribute on the field of play, but Tim was the brains (and the brawn!) behind the construction of the clubs artificial mound. With the club being prevented from developing their Christ’s College site, and lack of other available venues, there was no option but to build a mound. Using his trade skills, Tim produced a very solid construction that actually disassembles into 3 pieces, in very quick time.

Tim’s top moment was his first at bat, hitting a double on debut. His worst moment was getting a softball in the crown jewels “they’re not soft!” Tim uses both the mid week training and mountain biking to keep fit.

The biggest challenge in baseball has been learning the rules.

Tim’s advice to others is: “to come and have a go, you will probably enjoy it”.

When asked about his “dream team”, Tim said “He’s in the Dream Team!”