The Mavericks have been training throughout the 2012/13 off season, and this continued into Jan and Feb, as training sessions were held on Sunday mornings, in the Sports Hall at Broadwater School Sports Centre. Head Coach Tony Oliva has been putting the squad along with several newcomers, through various drills for hitting throwing and fielding the ball. Basketballs were used on more than one occasion, and the purpose built indoor mounds (thanks Ben) were a tremendous help to the pitchers as they warmed up for the coming season.

This off season, we have been joined by some of the Sidewinders team, and thank you goes out to them for increasing our numbers and therefore making the sessions all the more enjoyable. Of course, we did make sure we didn’t pass on all the club secrets, since the 1st team will be facing them in league play in June. 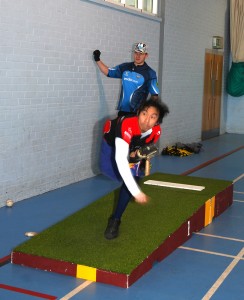 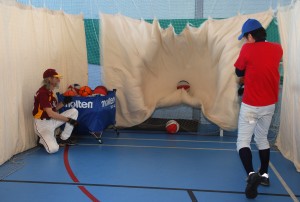