Both Mavericks I and Mavericks II teams had their 2013 ended in the BBF play-offs, as the 1st team fell in the AA National Semi-Final to the Hull Scorpions, whilst the 2nd team, lost out to the Haverhill Blackjacks at the Quarter-Final Stage of the Division A play-offs. 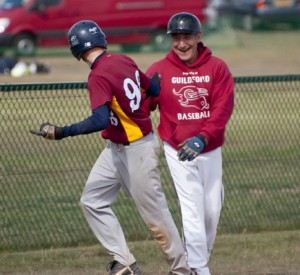 In a close game at the new BBF venue of Farnham Park, the Mavericks had taken the lead early on, against former GB pitcher Gavin Marshall, when Pawal Agaki, homered. But up against a good pitcher, it was difficult to string hits together, and eventually the Scorpions were able to plate some runs and pulled away for the win.

The 2nd team also made the play-offs for the first time, as 6th seed, travelled to Haverhill in Suffolk, who they had beaten earlier in the season. But on this occasion, it was the Blackjacks who came out trumps, in a close game, 12-8, despite the lead changing hands several times.