Hello and welcome to Umpires Call. Here I will be addressing some interesting parts of life as an umpire in British Baseball and some of the rules to our game.

Let’s start with the frequently misunderstood ‘Infield Fly Rule’ (the IFR). Here are the key things to remember:

Why is there an Infield Fly Rule?

So, you are probably thinking: Why doesn’t the IFR apply with only a runner on 1st base (and no outs or one out)? After all, the runner on 1st is forced to 2nd by the batter-runner, creating an ‘easy’ double play for the defensive infield.

The reasons are these:

Further, with a runner only on 1st base, of course the umpire will not be anticipating the potential call of an IFR because he knows it does not apply in that situation. 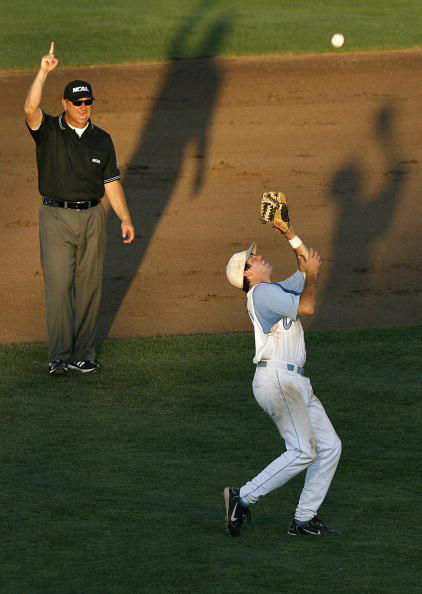 And there is also a rule that a defensive player cannot deliberately drop or fumble a catchable fly or line-drive ball — in the umpire’s judgment — with the intention of turning a double play. The umpire would call that, in which case the batter is out and the BALL IS DEAD (so, unlike the IFR situation, the runners go nowhere).

HOWEVER, the above applies to a deliberately fumbled catch.

An alert infielder, with only a runner on 1st base, may deliberately not catch an infield pop-up to get a potential double play, IF he lets the ball drop to the ground WITHOUT TOUCHING IT. Remember, the batter is running all out for 1st base, so that astute infielder is trying to get out the LEAD runner, so he would want to throw out the runner heading for 2nd base, who would be hesitating at 1st for his tag-up and/or to stay safe at 1st expecting the fly ball to be caught. Deliberately fumbling a catch (appearing to make the catch but then deliberately dropping it) is unfair deception and would be called as such by the umpire. By legally letting the ball fall directly to the ground, however, this infielder is taking a risk, because the ball might bounce out of his reach and give him no chance of getting either runner out, but that’s his decision.

I hope you found this helpful and informative. There is more to come from The Doc in Umpire’s Call soon