Summer decided to say hello and welcomed Guildford to Cobdown Park. The Mavericks were looking to cement their place at the top of Pool C and took on the Kent Mariners who were at the other end. Guildford changed the look of the squad as injuries had depleted the bench following the last game. Edgar Simbajon started as catcher due to a broken thumb sustained by Ben Stobart in the Brighton game. Yasu Minowa and Stuart Ellis also sat out to recover from their recent knocks. Chris Ward moved away from his regular second base to play at the hot corner which left room for Scott McGrane to gain infield experience at second. 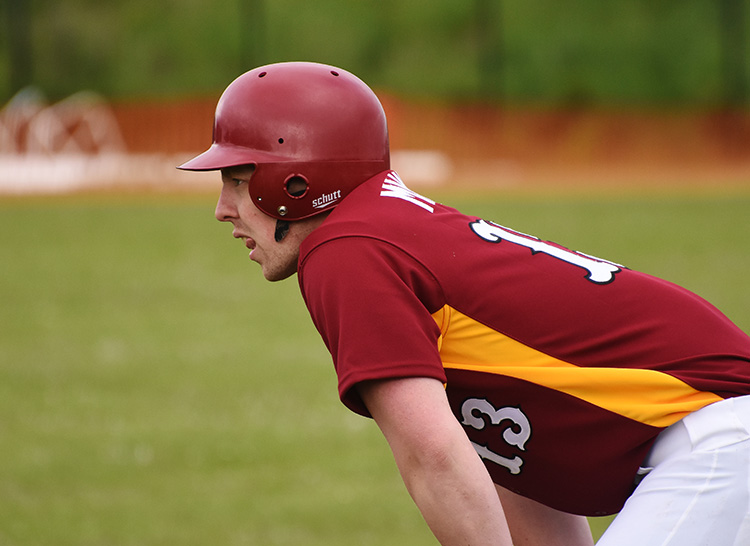 After a small delay the game began with Adam Brown on the mound for Kent. Two runs were scored for the away team with Simbajon starting what was to be a productive day in the clean-up position. He and first baseman Dave Austin batted runners in before the inning ended with the Mariners infield snatching a hard hit line drive by the leftie Rob Wheeler for the third out. The experienced Wheeler took the ball for the Mavericks and started his fourth consecutive game pitching. He kept Kent down to one run which was scored by a sacrifice fly to centre field.

The bats came alive in the third inning with the score at 4-1 to Guildford. Wheeler led off with another hard hit ball that fo 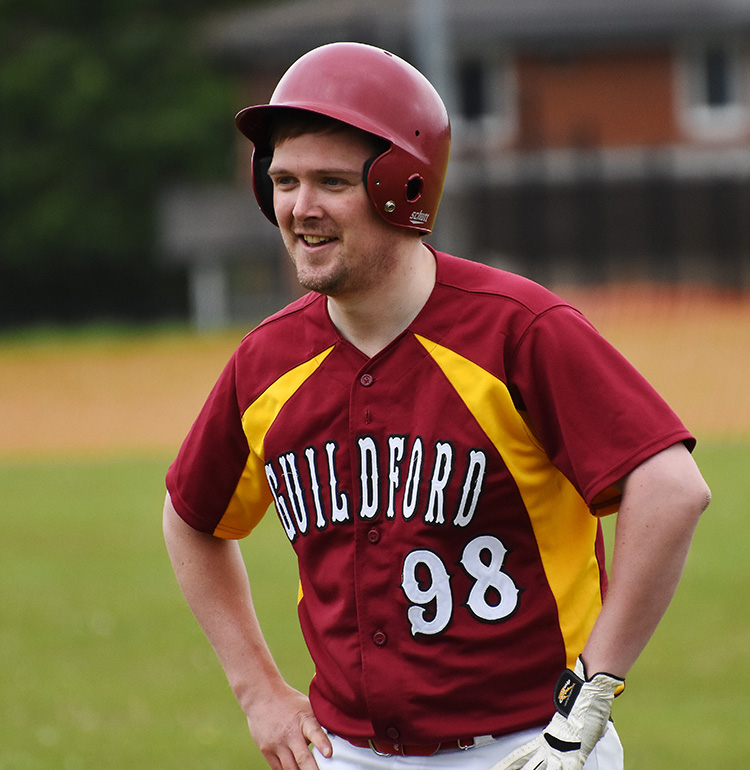 und the gap to give him a double. A further two doubles were added in the inning by right fielder Danny Lloyd and  Simbajon but it wasn’t all big hits that helped as Ryan Hicks legged out a tough infield single. It was a good inning from the Mavericks outfield as left fielder Christian Schmidt and centre fielder Will Frawley both knocked two runners home with two outs recorded. Guildford demonstrated that their gloves were ready for the task and McGrane showed no nerves learning second base. Ward used his experience in making the correct decisions on some good plays which meant that Wheeler and his defense kept the Mariners scoreless in the bottom of the third.

The doubles continued with Schmidt 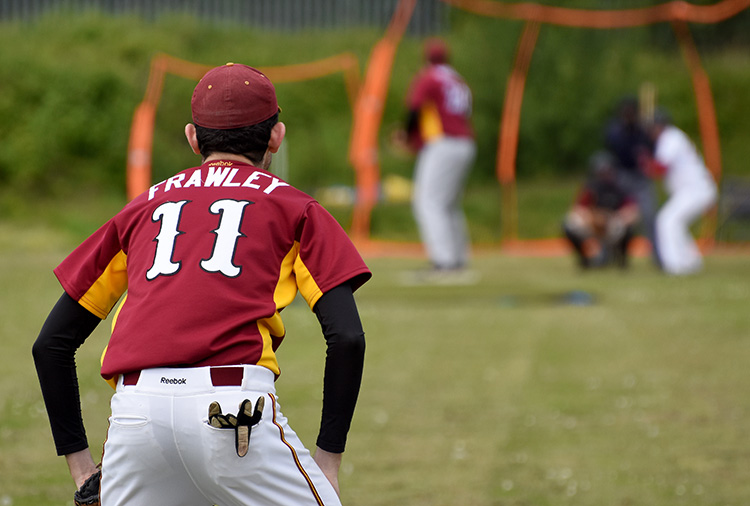 and Hicks making sure they boosted their slugging. Six runs crossed the plate in the top of the fourth and Brown was proving he could do it all himself in the bottom by knocking in Kent’s second run to make the score 19-2.

The fifth inning proved to be the nail in the coffin for the Mariners. After Frawley’s two-run double, Brown ran out of steam and gave the ball to Vaicekauskas. Kent ended up using four pitchers during the inning and the bullpen struggled to find the strike zone before their catcher pitched to record the final two outs. The Mavericks batted around plating seventeen runs.

The game ended with the mercy rule in effect and a final score of 36-4. Guildford now have won four on the bounce and scored no less than 25 runs each game. They travel to face Herts Hawks next Sunday where a battle of the leaders of Pools A and C meet. 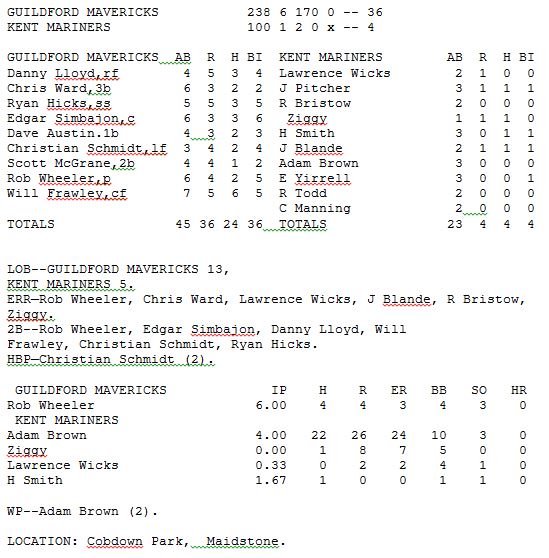 Grand Slam Walk Off
Do You Want To Play Softball?