The great American holiday was celebrated in style as the Guildford Mavericks juniors travelled 20 miles down the road to Horsham, for games with Horsham Juniors Baseball Club. Taking U-15, U-13 and U-10 teams down to West Sussex, the Guildford Juniors returned with 2 wins out of three, including a thrilling 7-6 win  in the U-13 game. 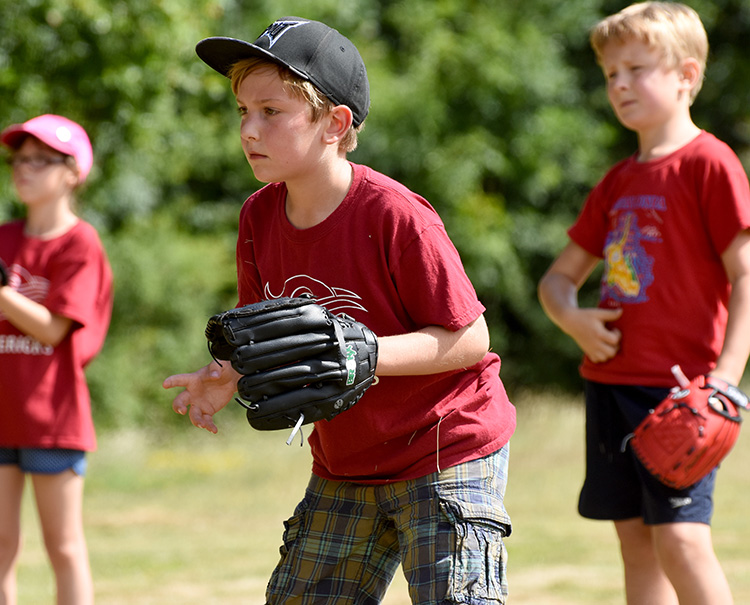 The tee-ballers from both clubs got things started with a 7-a-side game on the 3rd diamond. All participants were under 10, and with no actual pitching, it meant that everyone was able to get involved and hit the ball of the tee, as well as trying to field the ball. The final score was somewhere in the region of 39-37 to Horsham, but more importantly all the children had fun, and there was not a moments downtime for any of them….except of course for the break for the BBQ! Thanks must go to Richard and James Williams from the Mavericks side for running the game, and Piero and Rupert for helping out. Well done to all the players….Annabelle T, Leo S, Theo W, Oliver H and Dylan R.

On the next door, main diamond, the U-15 game took place, and a near enough full size field, and with our very own David Jones, behind the plate, resplendent in the full ABUA uniform, calling the ball and strikes. Both sides had a good

game at the plate, with several extra base hits coming close to clearing the fence. At this level the children are playing to the official adult baseball rules and of course, this is where they experience the challenges of paying attention to runners on bases at all times, and the importance of not making unnecessary throws. Under the guidance of Ben Stobart, ably assisted by Rachel Morris, Guildford ran out 17-8 winners, with Matt F, Liam B and Ollie M, contributing to the win on the mound. But well done to all the players taking part on the day, many of whom will not be far off being able to play in the senior teams….  Danny G, Sammy W, Millie T, Ollie E, and Lewis B. 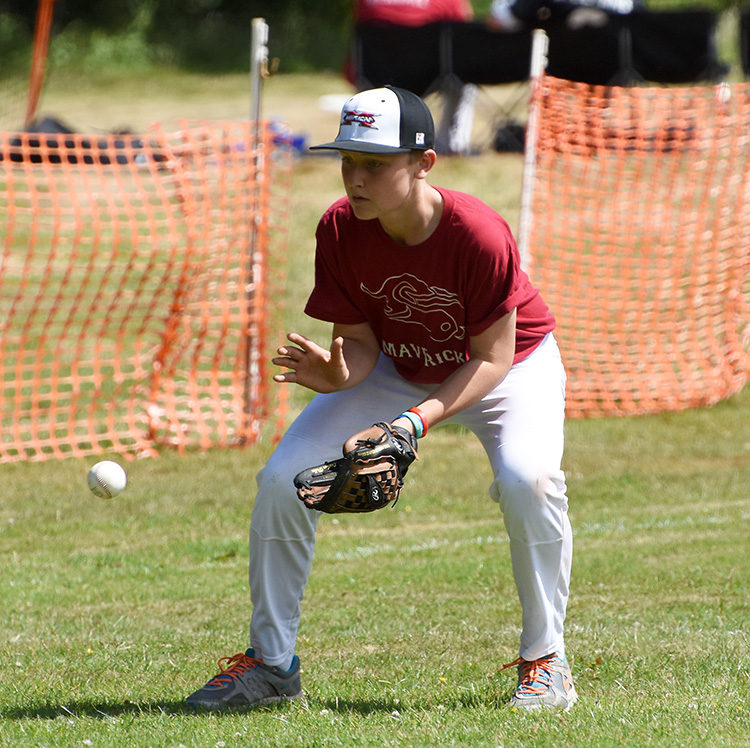 Finally the most exciting game of the day, was the U-13’s contest, which went right down to the wire with Guildford prevailing 7-6, closing out the game with the ting run at third and the winning run at second. Coach Jimmy Shaw rotated his players around, so that all contributed in this closely fought contest, and as Horsham looked to tie things up, the Mavericks juniors held their nerve. Thanks must go to Richard for his umpiring (even harder when your son is one of the players you are calling balls and strikes against!), Cassie for the scoring, and to Grace from Horsham for volunteering to fill in for the Mavericks as we were one player down to due to illness. Again well done to all the players… Dylan H, Craig K, Ben T, Fred P, Harvey T, Jack B, Jackson D, Francis J, and not forgetting Bill H, who despite a hamstring injury (at Districts Sports during the week), still came along to cheer on the side. Just like all the parents supporting, it was very much appreciated.

Thank you to Horsham Junior Baseball Club for hosting us, providing a BBQ and an overall wonderfully organised day……especially the weather! We certainly look forward to returning.