Do you want to play Baseball? 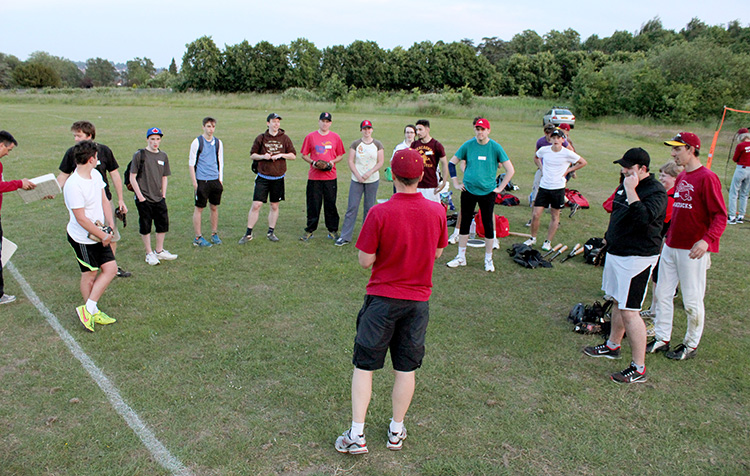 Or just looking for a new sport or to get more active in 2016?

The Guildford Mavericks will be fielding another team in the BBF Single-A division in 2016. This is the entry level for adult British Baseball, and is the perfect first step in the game, if you have never played before, or are returning to the game after a long time away.

Games are held most Sunday afternoons from mid-April to mid-August, and we typically play against opposition from in and around the M25 region in the south-east. Home games are held at Christ’s College in Guildford.

The team is open to anyone 16 years and up (14 and up with parents and coaches agreement), and for both men and women.

So if you have ever thought about taking up the game, now is the time to do so! With Major League Baseball involved in plans to bring over professional game to the UK in the next couple of years, get ahead of the curve and learn more about the great game of baseball.

We will also run midweek training sessions throughout the summer, that will help you learn the basics and develop areas of your game, to help you improve.

All equipment is supplied and you can borrow kit until you decide you wish to get your own customised jersey etc. If you come along to some of the training sessions, there is no obligation to join, until you are sure you want to.