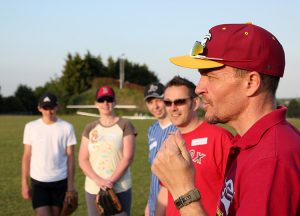 Baseball Softball UK will be holding a Coaches Summit on Saturday 30th January 2016 at Birmingham City University you can be there by booking here.

Michael has done amazing work for not only our baseball and softball club by coaching and coordinating both adult and 3 levels of junior baseball as well as softball sessions for the club, local community and local companies but also providing coaching for schools, summer camps, local initatives and fetes to get more of the younger generation interested in the game and away from their games consoles.

Michael, on behalf of everyone you have come into contact with in a your capacity as a baseball and softball coach, we thank you and hope you win this award that you thoroughly deserve.