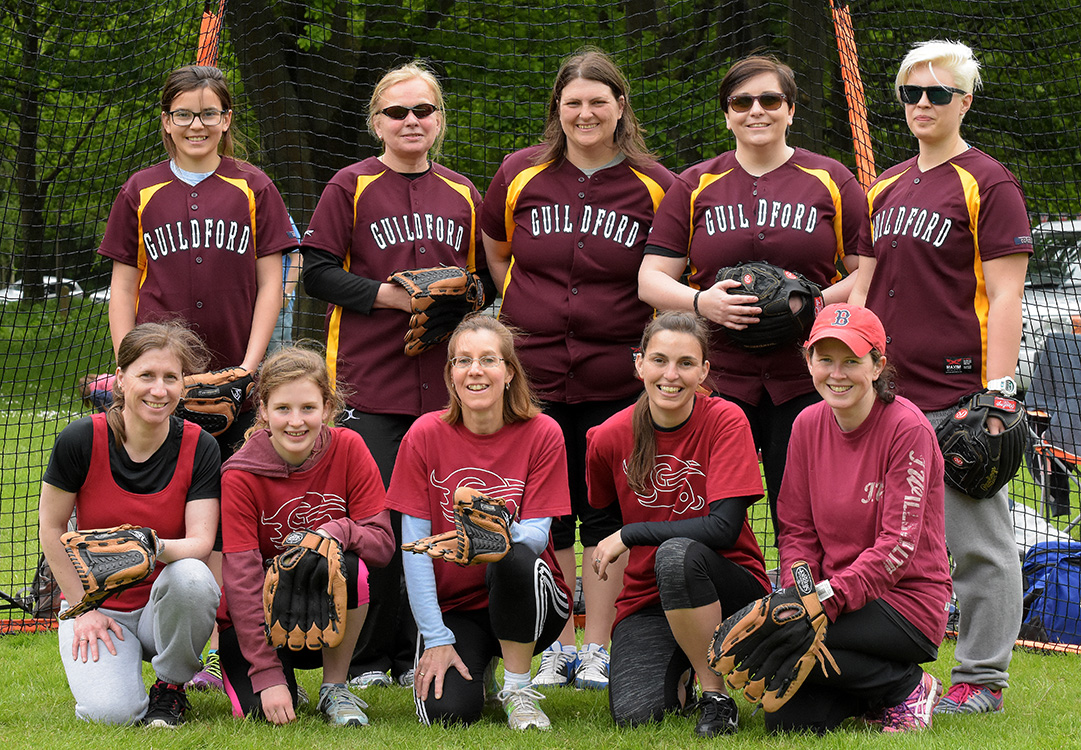 Guildford Baseball & Softball Club and Normandy Rounders Club, staged a Ladies Softball v Rounders Challange event, as part of the annual Normandy Sports Day, in support of the proposed development of Manor Fruit Farm, which both clubs are hoping to relocate to.

Not only was the event aimed at increasing awareness of the Manor Fruit Farm development, but also to encourage more women and girls to participate in sport. The format was a simple one. Both clubs would face each other, first of all in a game of Rounders, then in a Softball game. At the completion of the challenge match, the Softball was continued in a walk up format, so that members of the public could come along and try the game.

A run through of the rules was the first activity of the day, as although the two games are somewhat similar, the details of the rules were obviously important. In the UK, Baseball and Softball are often dismissed as “just rounders”, but this is a disservice to both games, as those who play them will know. Outwardly, they look similar, in that both involve hitting a ball and running around “bases”, but it is the detail of both, which distinguish them.

For those who understand Softball,  the most notable differences, are the fact, that there is no glove to make fielding the ball easy. A smaller bat, trying to hit a smaller ball, which is pitch somewhere beteen fastpitch and slowpitch style, is not quite as straight forward as it seems. The bases (poles) are much closer together (12m as opposed to 20m) which gives the fielding team, much less time to throw a runner out (stump them). An inning can last much longer, as much like cricket, the team continues until all players have made an out. It is also possible to advance to the first pole (base) on what in Softball would be considered a foul ball. But there are also similarities, in the bowler (pitch), still has to aim to throw the ball through an area akin to a strike zone.

So with the rules explained, the challenge began. Not surprisingly, both teams excelled in their own sport, although 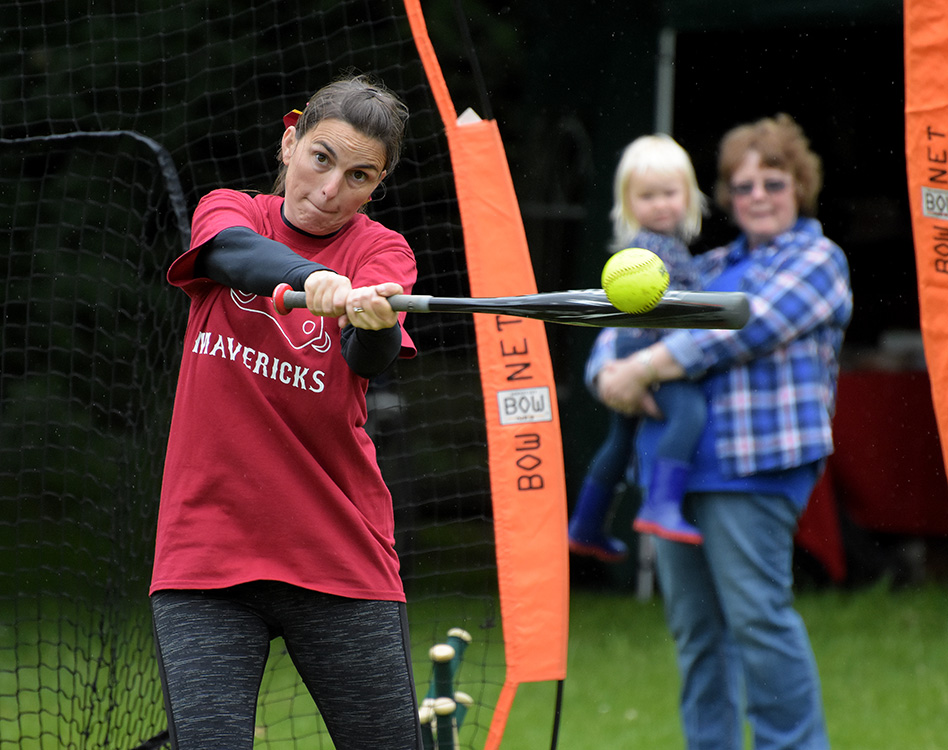 with some of the same skills being employed, both games were not completely one sided. Given time, I’m sure both teams could have mastered the skills needed for the other game. Normandy Rounders Club ran out winners in the opening game of rounders, whilst Guildford BSC, claimed victory in the Softball challange. 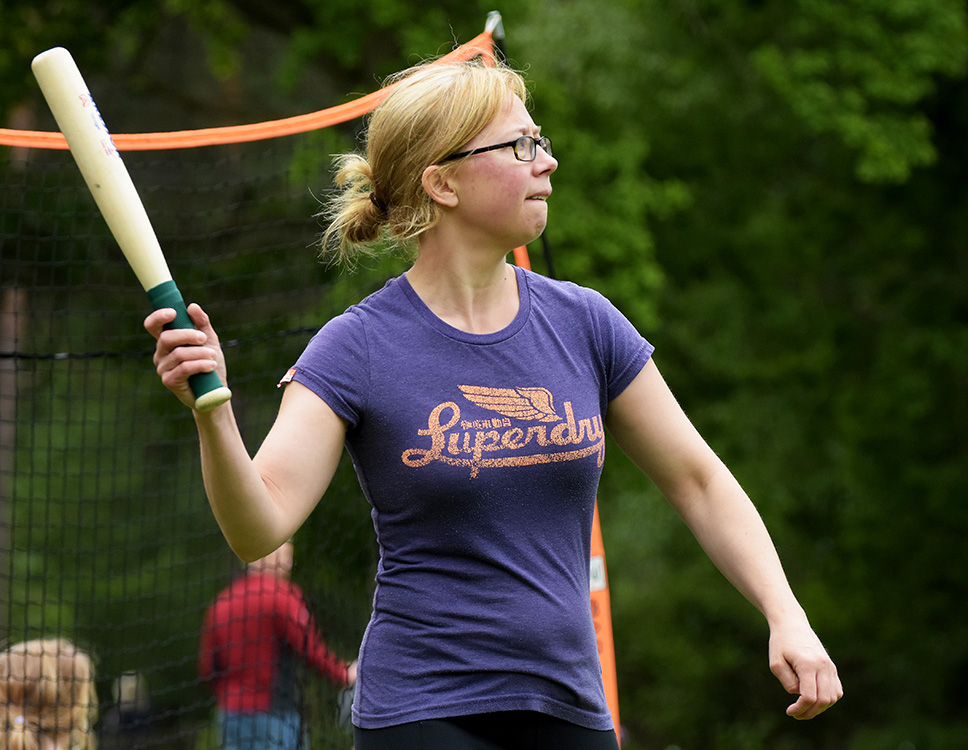 Not only was it good to see more women getting involved, there was also a range of ages, competing together, highlighting that sports are not just about the high competitive levels, but can be enjoyed socially at all levels.

Sport in this country needs more participation, and this country needs a more active population, so it was good to see supposedly rival sports working together on this. It would also be good to see more of a continental approach to sports clubs, where the club itself offers many different sports, and where the sports themselves can take advantage of shared facilities. It is certainly what is being worked towards on this proposed development at Manor Fruit Farm.