by Umpire David (aka ʻThe Docʼ)

These situations donʼt occur that often, but more often than you might think. They are tricky, especially if there is only a plate Umpire, for in that situation he/she has no field umpire to follow out an outfield fly hit, or watch that base runners touch all the bases, as well as watch when any runner crosses the plate (and watch that the runner does touch home plate)! 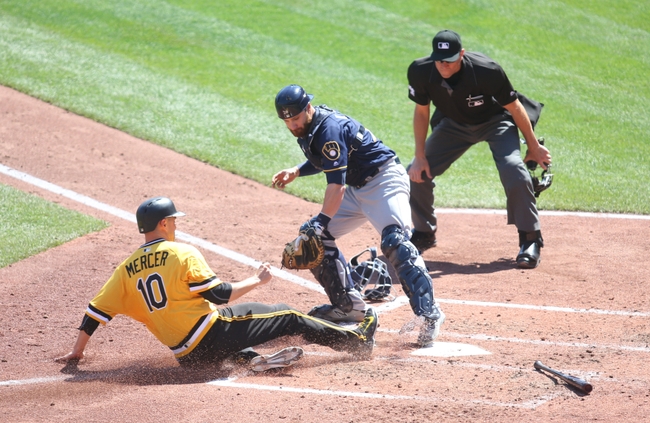 Here we are addressing the situation where there are some runners on base(s) and two outs. The MLB rules are quite clear and specific on scoring and third outs:
One run shall be scored each time a runner legally advances to and touches first, second, third and home base before three men are put out to end the inning. [We all know this, of course. It is Rule 4.09 in the MLB Official Rules 2014, and has become Rule 5.08 in the 2015 book — the one we are using for this 2016 season in the UK.]

EXCEPTION: A run is not scored if the runner advances to home base during a play in which the third out is made (1) by the batter-runner before he touches first base; (2) by any runner being forced out; or (3) by a preceding runner who is declared out because he failed to touch one of the bases.
OK, so letʼs look at the situation when the bases are loaded. All runners are force-outs, so any out on any of the bases means any run does not count, even if a runner crossed the plate before the out. But: What if there are runners only on 2nd and 3rd, so running to home [by runner on 3rd] or running to 3rd [by runner on 2nd] are tag-out plays, not
force-out plays? If the runner from 3rd crosses the plate before the defence tries to tag-out the runner on 2nd running to 3rd — and makes the tag, thus the third out — the inning is ended, but the run does count.

Equally: If the runner on 2nd had made it successfully to 3rd, and the batter/runner had rounded 1st and headed for 2nd; and the runner now from 3rd also headed home and crossed the plate before the batter/runner now
running from 1st to 2nd [thus now a runner but not a forced out] was tagged out between 1st and 2nd, then that run also does count.

Perceptive readers will also realise that in the situations described above, if the batter hits a fly ball (especially an outfield fly) and it is caught, it is, in effect, a force-out on the batter/runner, so he has made the third out and no
runners crossing the plate can score. But if the fly ball is not caught, there is no third out (yet) so runners crossing the plate before a third out is made do count. So, for example, if that batter/runner now tried to stretch his hit to a
double because the outfielder failed to catch the fly ball, but then the outfielder threw to 2nd base and the batter/runner was tagged out, then any runners who crossed home plate before that third out was made do count.
Of course, in such situations the infield play ‘should’ be made to 1st, because that is a forced out on the batter/runner, and if successful any run(s) would not count.

Docʼs advice:
If there are two outs, the best infield play is usually to throw to 1st base. Thatʼs a forced out, makes the third out and no run counts, no matter where the base runners were or when they may have crossed home plate.