Guildford’s double A side, the Mavericks enter the half season break with a 4-9 record. With another seven games left, there’s still a lot of baseball left to play. Here’s how the season has played out so far.

The South Pool A has six teams in; Bournemouth, Brighton, Bristol, Herts, Richmond and Guildford. 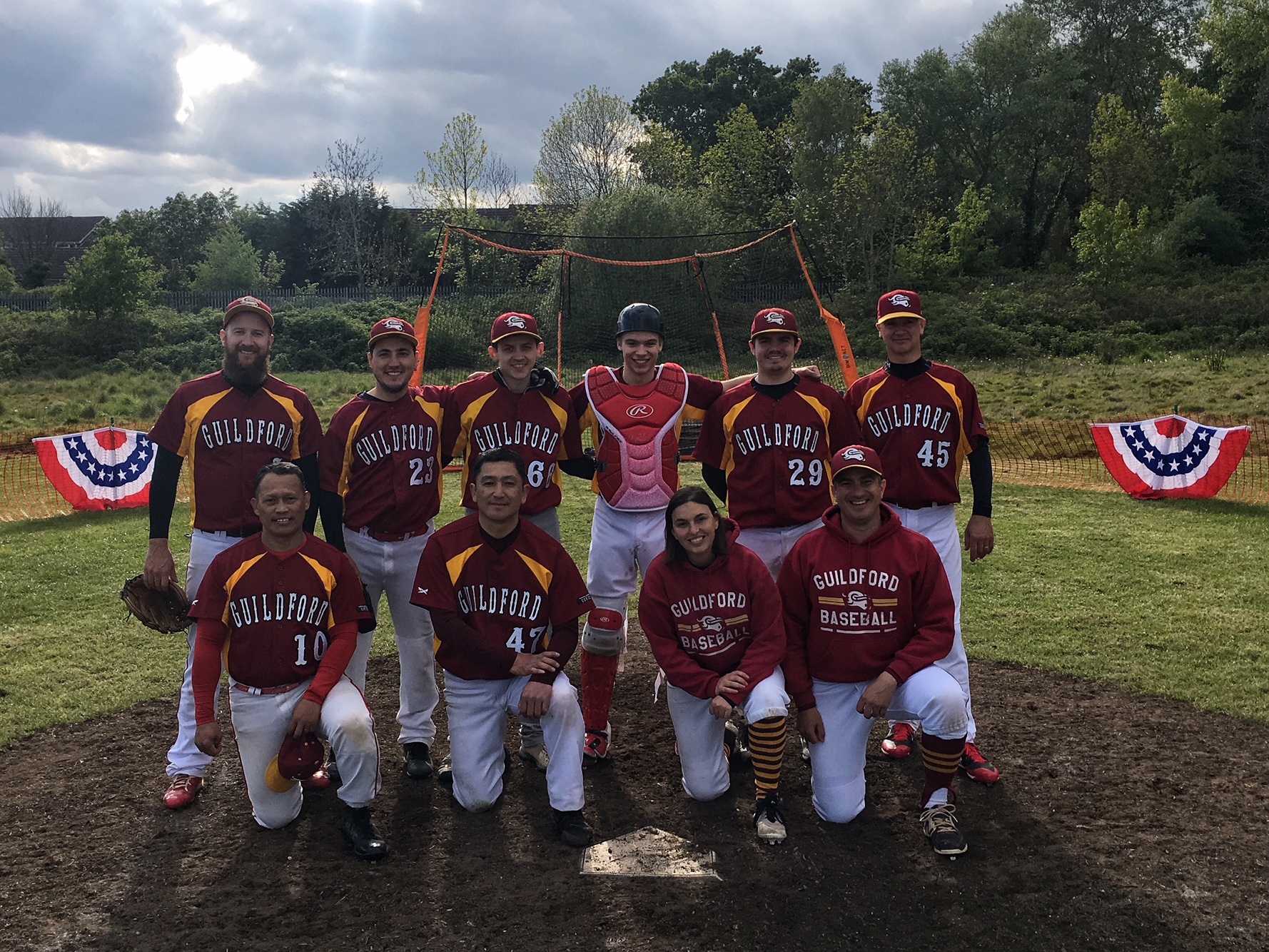 An away trip to Brighton to start the season saw us split the double header. Edgar Simbajon returned after breaking his ankle the previous year and looked sharp as he pitched a full game and took the win for game one. This was helped by the bat of Yasu Minowa who launched two home runs over the high netting in right field.

Another trip to the coast was next, this time going west to Ferndown to play the always welcoming Bournemouth Bears. Unfortunately the Mavericks struggled to get the bats going and only plated one run against a dominant pitching performance.

With a new team that Guildford hadn’t played before, the Bristol Badgers was an intriguing match up as they had made the final in 2018. They visited Christ’s College for a double header and took game one. The Mavericks made sure Bristol did not take the second by capitalising on a tired pitcher to plate seven in the sixth to take the win.

Five games in with two wins, what the Mavericks needed were some more. Unfortunately, a second visit to Bournemouth saw us leaving with a similar result to the first and a trip to Herts for a double header had Herts taking both wins. However, despite the record, Guildford was playing good baseball. Matt Friend smashed a home run, Lewis Bawden pitched superbly and Dave Ferguson kept Herts runners in check with some strong throws from behind the plate to catch them stealing. 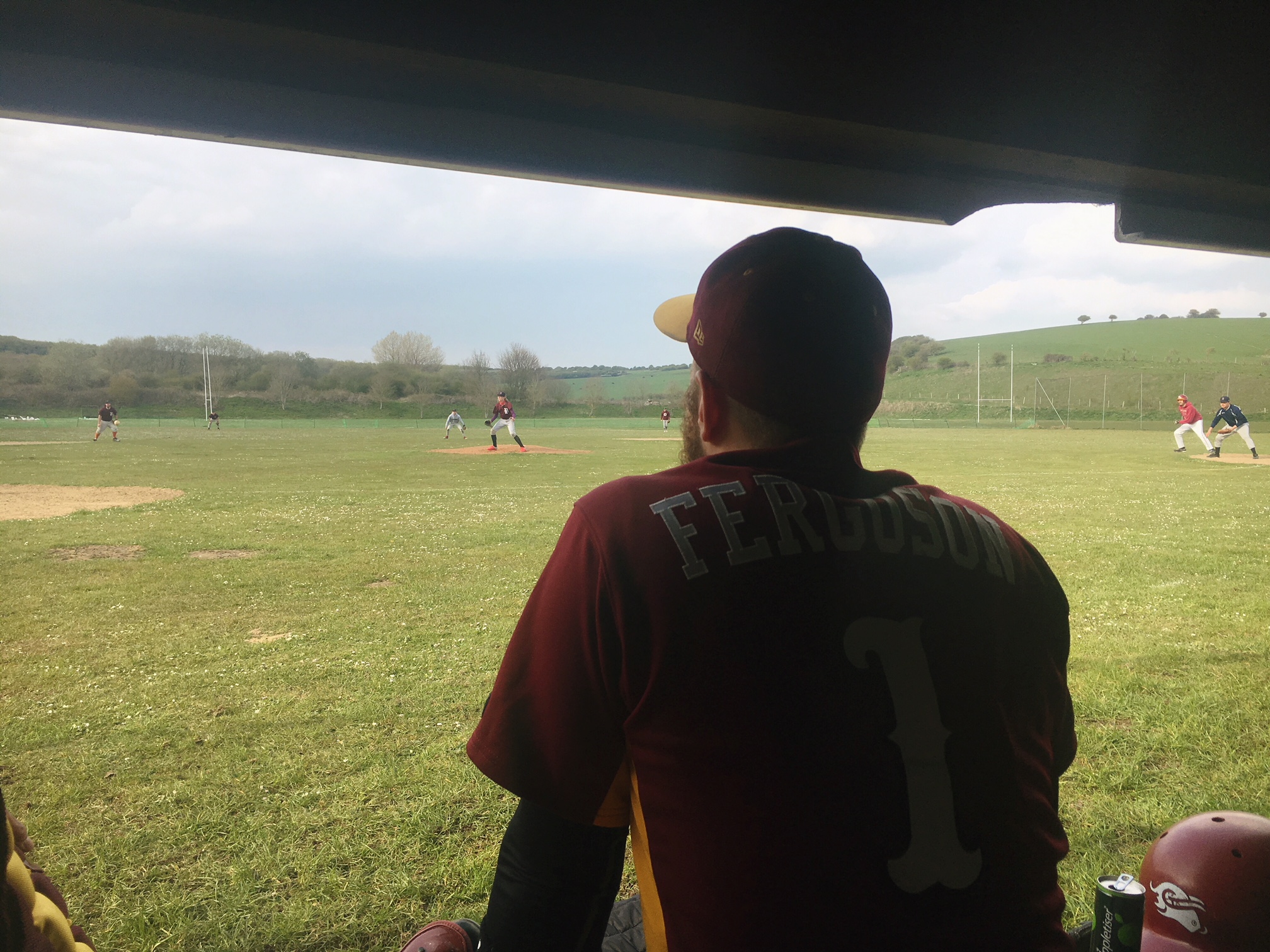 Entering June had Herts come to Surrey for a double header. Two closely contested games had Herts winning game one by one run. Despite home runs from Ferguson and Friend, the Mavericks left the bases loaded in the final inning and couldn’t knock in the tying run. The second game had Guildford trailing by six runs entering the final inning but a great team effort scored seven with RBI’s from Oli Edser, Laura Bailes and Ferguson.

For the furthest distance away in our pool, Guildford visited Bristol. The team decided to make the journey a bit easier by staying over the night before with some teaming bonding over one or two drinks and a whole lot of barbecue. Although it wasn’t an all-nighter, the Mavericks looked sluggish in front of the Bristol pitchers meaning that Bristol edged the first game and won convincingly in the second. 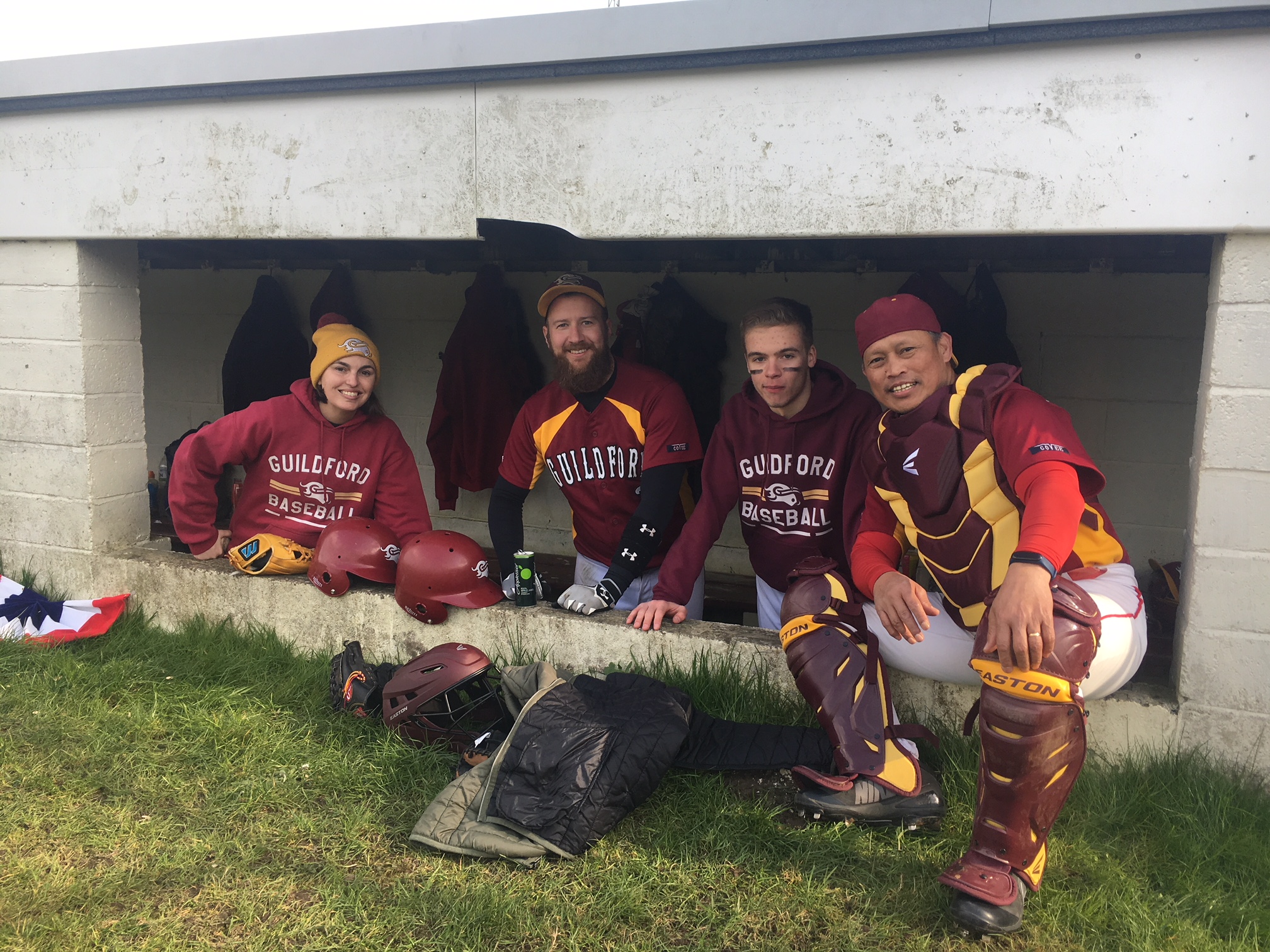 Guildford welcomed Brighton for a game which resulted in a 22-17 win for the home team to send the Mavericks into the break with a smile on their faces. The game was played with a strong wind blowing out to centre left and a short fence due to football goal posts.  There were three home runs from Brighton, one of which was a grand slam hit early which made the come back even sweeter for Guildford. Guildford just didn’t quite catch the jet stream as both Jimmy Shaw and Will Frawley hit the fence for long doubles.

Guildford will face Brighton, Richmond and Bournemouth in the second half looking to improve their record and make a push for the play-offs.