Now the season is over, we’ve hung up our cleats and cleaned our kit. As we wait for indoor training to start in January, here is a run-down of how the second half of the season went for the Mavericks after thirteen games and seven to go. 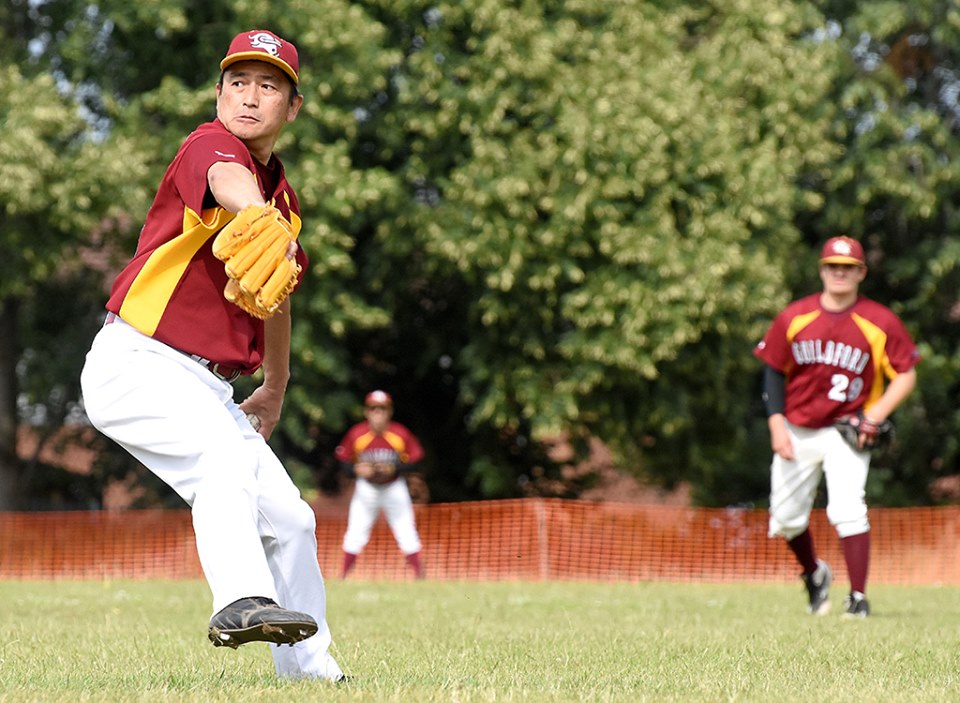 Guildford Mavericks were sitting fifth out of six in the pool with a 4-9 record. It doesn’t look good.

The Double-A season had a tough start for the Mavericks but the second half took a very different turn with a nail-biting finish. The schedule had Guildford facing up to their old friends the Richmond Dragons four times along with Bournemouth and Brighton visiting Surrey.

First off was a double header against Brighton where it was a southpaw battle on the mound. Guildford held Brighton to only 4 runs while striking out nine. The Mavericks made Brighton pay by converting many walks into stolen bases and then runs. The second game served up a similar portion with another victory to the home team 13-9.

Next up was a single game at Richmond. Guildford went into this game with bounce but a confident start from the hosts saw them batting around and scoring eight in the first inning. Guildford simply could not catch up to that and were trailing 17-6 by the end of the fourth. Despite a late rally in the seventh including a debut home run by Mark Bonney they took a tough loss 25-15 by the mercy rule. 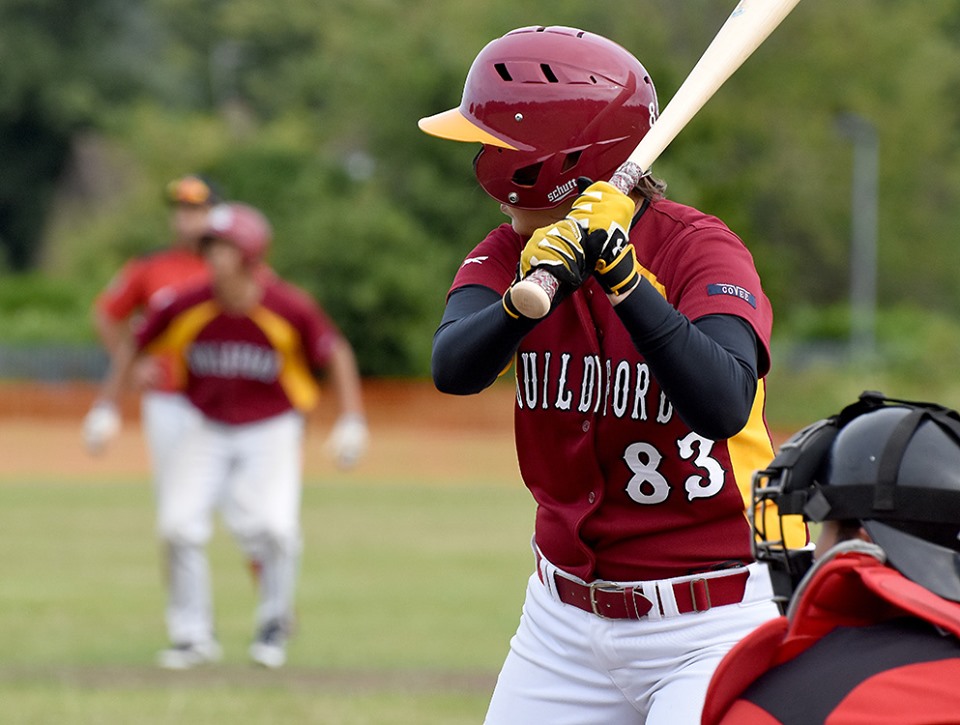 The Mavericks had to have their A-Game as Bournemouth came to Christ’s College the following week. The visitors had been a powerful threat all year showing great depth in all aspects of the game and so far no one had taken a win from them. Guildford struck first with Dave Ferguson showing some speed to score after a wild pitch and James Molloy batted two runners in to take a three run lead. There was to be no shut-down inning after though as Bournemouth displayed their power as two doubles helped plate six. The way the Mavericks played would have beaten other teams comfortably; Ferguson and Bonney got on base ten out of the 13 times between them; Dan Reeve made a Gold-Glove catch at the fence but it wasn’t to be as the power of Bournemouth hit four home runs in a 29-13 win for the league leaders. The Dorset side would end the regular season unbeaten.

The season finale three game series against Richmond was now in play. Simply put, Guildford needed wins. Bournemouth were comfortable at the top of the league, Bristol second and then it was a fight between Richmond Herts and us. 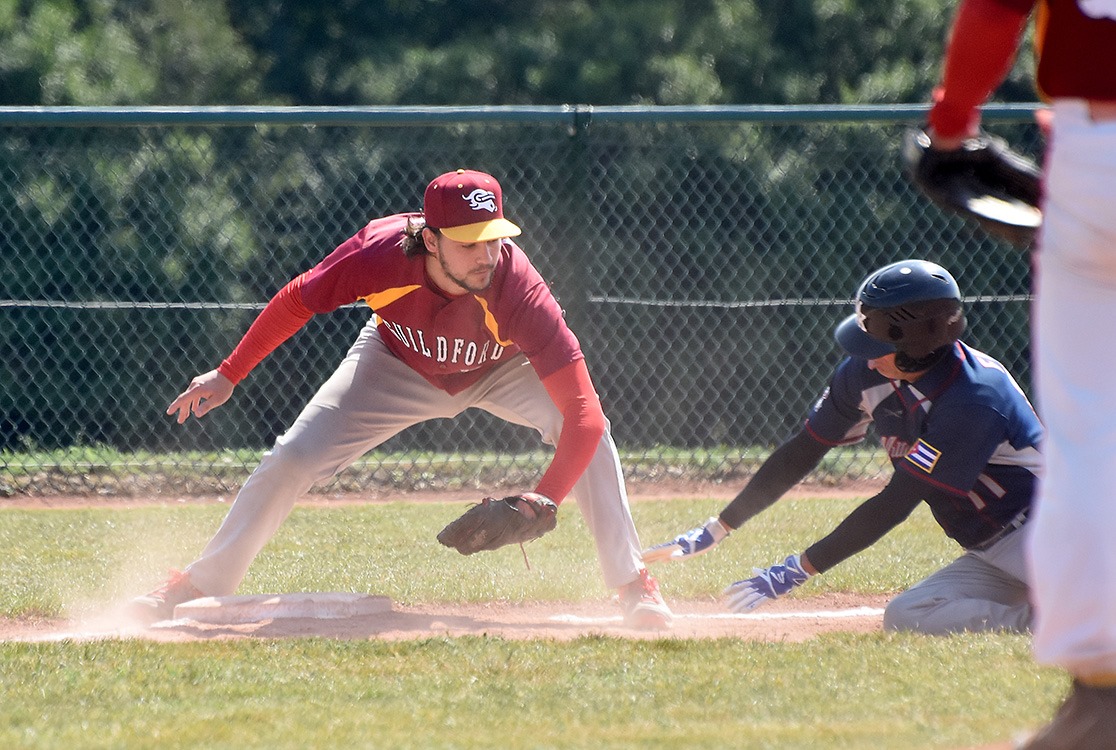 What was at stake was finishing third and taking the sixth place play-off spot. Although the Mavericks could not influence what happened with Herts’ final games, they could do their talking on the diamond.

A single game at Richmond started as a tight affair with both teams not being able to gain a lead more than a couple of runs. Guildford broke out in the fifth where the Guildford pitcher, Minowa, started an incredible run of shutting Richmond down. In the remaining four innings he only allowed four hits and no runs. This accompanied the Mavericks bats heating up and running away with the game by scoring 17 runs and taking the win.

With Herts taking two losses against Bristol, this meant that third place spot was now in sight. With only a double header in Surrey left, Richmond needed two wins, Guildford needed one.

Both teams fielded a strong side and it was a cat-and-mouse game apart from one half inning where the home team plated five. Matt Taylor, Laura Bailes and Minowa each hitting RBI’s to help the team although the joy was short-lived as Minowa broke his ankle which signaled no further involvement in 2019. Gerald Aguilar stepped up and pitched the rest of the game and despite not having been on the mound for a while, showed nerves of steel to keep Richmond behind. A promising fifth inning by the Mavericks had the lead runner cut down at third base on forced plays twice in a row so their slim two run lead could not be extended. However, Aguilar held his nerve and struck out the final batter looking to cement Guildford’s place in the place-offs. Smiles all round but there was still another game to play which went to Guildford 12-8. A good feeling to finish on a high and to make the play-offs as a clear third place in the pool. 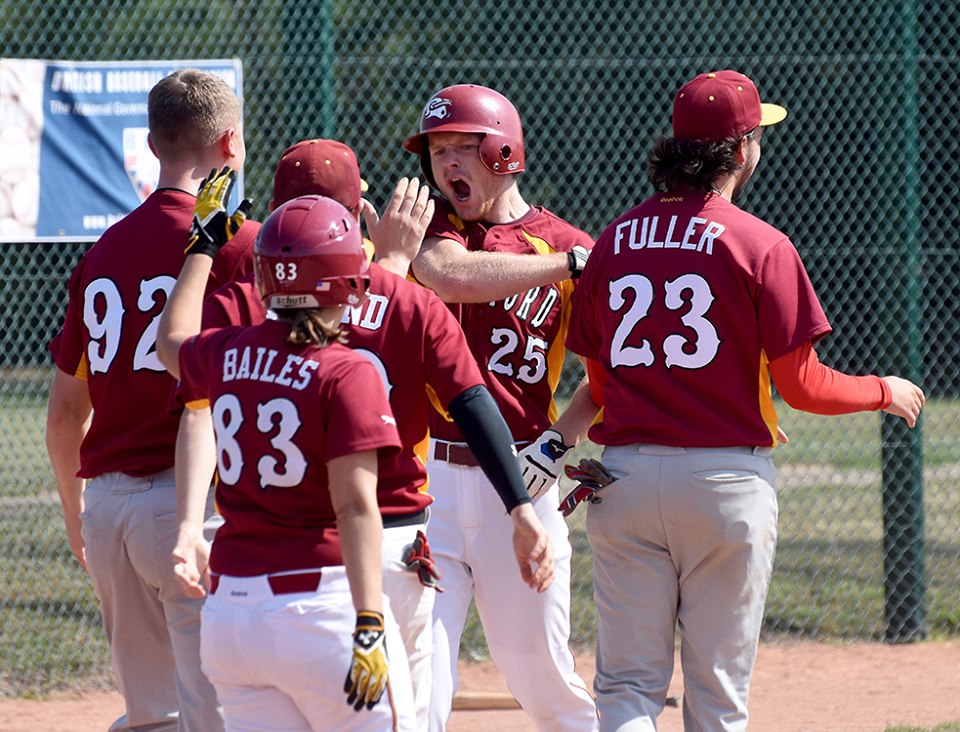 The Mavericks took the sixth play-off place, which meant they would be facing the Milton Keynes Bucks. Some good news came that meant Farnham Park was available which saved a lengthy trip and added to the atmosphere. On a stifling hot day, Guildford lined up missing a few regulars but ready. The first runs of the day were by Matt Taylor who chose his moment to hit his first home run. With Edgar Simbajon and Bailes on base, he smashed the ball in-between the outfield for an inside the park, three run home run. The day was not to be though. The Mavericks would only plate another run in the seventh while the Bucks capitalised on a strong third where they scored seven taking the win 14-4.

Making the play-offs is always the target. The journey wasn’t always smooth and it was an up and down year but we achieved our goal. Anything can happen in the play-offs so let’s bring on next year and go one better. 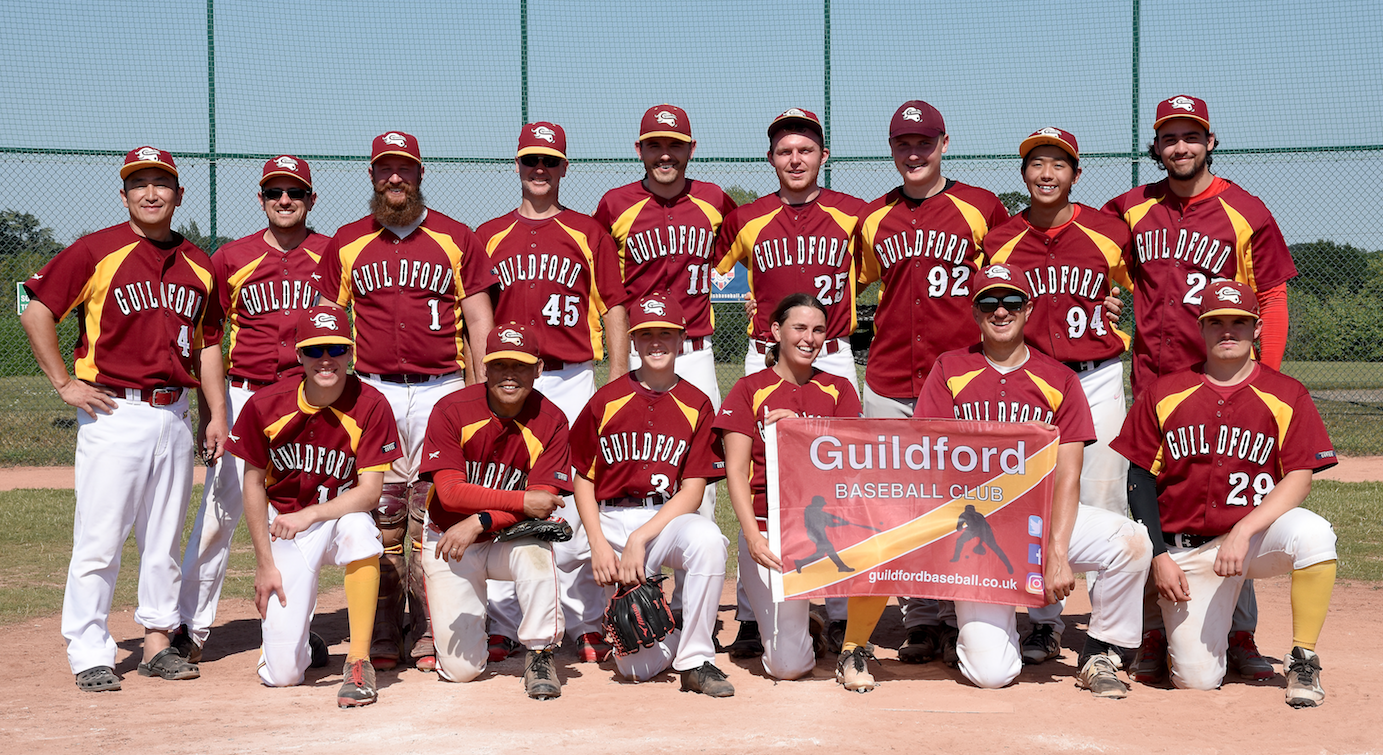 Play Baseball
And the winners are…